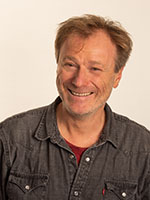 I am a theoretical physicist with a strong interest in computational physics and many-body theory in general, and the nuclear many-body problem and nuclear structure problems in particular. This means that I study various methods for solving either Schrödinger's equation or Dirac's equation for many interacting particles, spanning from algorithmic aspects to the mathematical properties of such methods. The latter also leads to a strong interest in computational physics as well as computational aspects of quantum mechanical methods. I share my time equally between Michigan State University in the US (January-June) and the University of Oslo, Norway (July-December).
Details about research projects, undergraduate and graduate thesis projects etc can be found at  my website.

In addition, I'm strongly involved in teaching at all levels. I have been heading the bachelor program Physics, Astronomy and Meteorology ( FAM ) in the period 2002-2011.  I am also strongly involved in the project Computing in Science Education.   Furthermore, with European and American colleagues, we have established the recent successful  Nuclear Talent initiative.

Please feel free to come by and discuss. I teach now the following courses at the University of Oslo and Michigan State University:

In 2016 the Nuclear Talent initiative  organizes two new courses for graduate students in nuclear physics.  During the last ten years I have taught advanced nuclear physics topics at several schools, totaling more than 200 one hour lectures.   You can find more about me and my research and educational interests at my website or on Google Scholar, see http://scholar.google.com./citations?user=nuiyEmwAAAAJ

For those of you interested in advanced courses in theoretical nuclear physics, take a look at the Nuclear Talent webpage.

This year, courses 4 and 9 will be held. See http://www.nucleartalent.org  for more info.