The International Conference on new Frontiers in Physics aims to promote scientific exchange and development of novel ideas in science with a particular accent on interdisciplinarity.

The conference will bring together worldwide experts and promising young scientists working on experimental and theoretical aspects of particle, nuclear, heavy ion and astro-particle physics and cosmology, with colleagues from other disciplines, for example solid state physics, mathematics, mathematical physics, quantum optics, quantum entanglement and other.

This year several special scientific events will be organized in addition to the main program, among which there are sessions and mini-workshops on:

Conference poster (pdf) is also available on the web site of the conference: 7th International Conference on New Frontiers in Physics 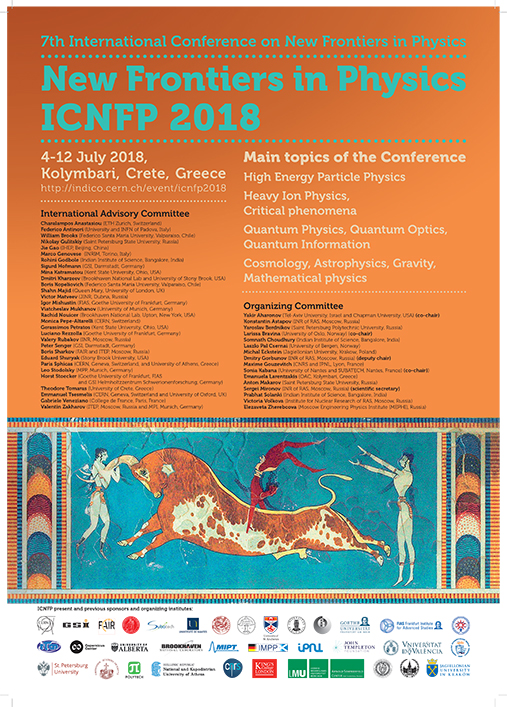