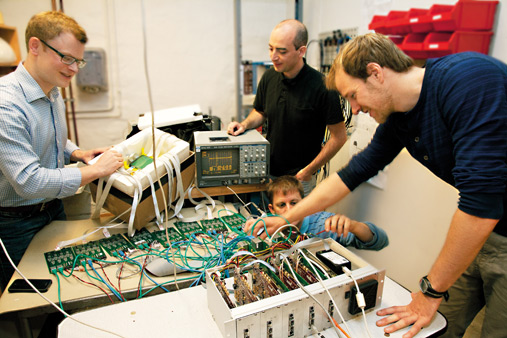 FIFTY PER CENT LESS RADIATION:  The particle physicists Erlend Bolle, David Volgyes, Michael Rissi and Kim Eigard Hones have developed a completely new technology that makes it possible to halve radiation from a PET scanner. The PET scanner is also built at such a small scale that it can be placed inside an MR scanner. This makes it possible to take the MR and PET images at the same time. Photo: Yngve Vogt

Read the article in the University of Oslo's research magazine Apollon

More about the research