Background for the main scientific instrument.

A novel Langmuir probe system for determination of absolute electron density in ionospheric plasma has been developed at UiO. The system was successfully flown on the ICI-2 (Investigation of Cusp Irregularities) rocket payload from Spitsbergen on 5 December 2008, and a low-power version will be adapted to the CubeSTAR project to be the scientific payload onboard the satellite. Previous Langmuir probe systems have had a spatial resolution of kilometeres, while the multi-Needle Langmuir Probe system achieves a spatial resolution down to submeter scale.

The system comprises four cylindrical probes with a diameter of 0.5 mm and a length of about 25 mm, each operated at a different fixed bias voltage in the electron saturation region. Calculation of electron density will be done onboard in an Altera Cyclone IV FPGA, which also will handle calculation of attitue determination and control for other subsystems. 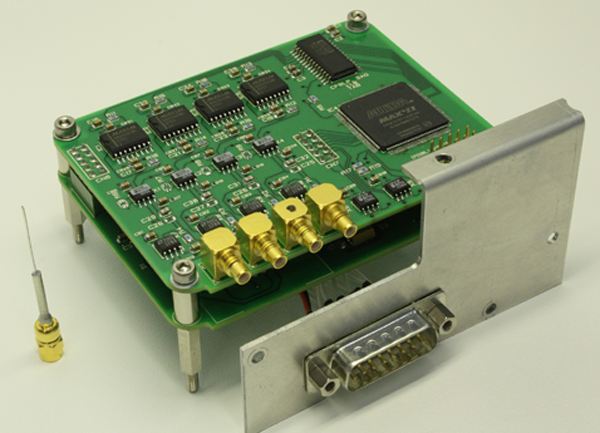