The 2019 Else-Ragnhild Neumann Award for Women in Geosciences

The recipient of the Else-Ragnhild Neumann Award for Women in Geosciences for 2019 is Dr. Andreia Plaza-Faverola from University of Tromsø. 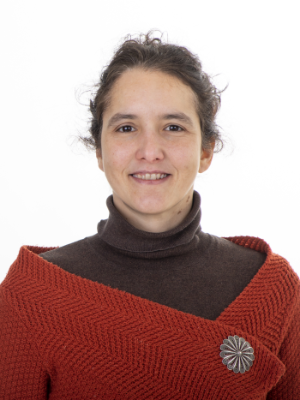 The international committee for the Else-Ragnhild Neumann Award for Women in Geosciences concluded the research outcome of Andreia Plaza-Faverola deserves recognition due to its originality, high quality and impact. Her research in marine geophysics is original as she links gas emission occurrences in Arctic marine environment with the effects of glaciation/deglaciation and changes in tectonic stress.

See also: About the winner

The nomination from the Department of Geosciences, UiT – The Arctic University of Norway states that:

"Plaza-Faverola has had an international and highly influencing carrier in marine geophysics. Results of her work include pioneering interpretation techniques of high‐resolution 3D seismic data that revealed evidence for a dynamic interaction between glacial-interglacial cycles and tectonics on nearsurface fluid dynamics. Ideas derived from her work are currently being used in ongoing studies in Germany, Norway and New Zealand, in reconstruction of methane emissions at passive and active continental margins.

She has developed expertise in all the stages of marine 2D‐ and 3D‐seismic investigations; data planning, acquisition, processing and interpretation. This, and her genuine interest in cross‐disciplinary research has led to many publications where her geophysical expertise has been integrated with paleontological and sedimentary proxies as well as modeling techniques to advance the knowledge on gas hydrate and near surface fluid migration systems.

She is the author of 30 peer‐reviewed papers, 10 are as first author. Co‐authorship includes recent papers in very high impact journals like Science, Nature Geoscience and Geology. She has been awarded the Young researcher starting grants from Tromsø Forskningsstiftelse and from NFR Frinatek."

The candidate was nominated by Karin Andreassen and Matthias Forwick, UiT.

This year five strong candidates were nominated for the Else-Ragnhild Neumann award for Women in Geosciences 2019 award.

All nominees have been evaluated by a committee consisting of these members: