Professor of meteorology Trude Storelvmo is one of two from the Department of Geosciences, University of Oslo awarded the ERC Consolidator Grant announced recently. With that, she will receive millions from the European Research Council (ERC) for several years to come. 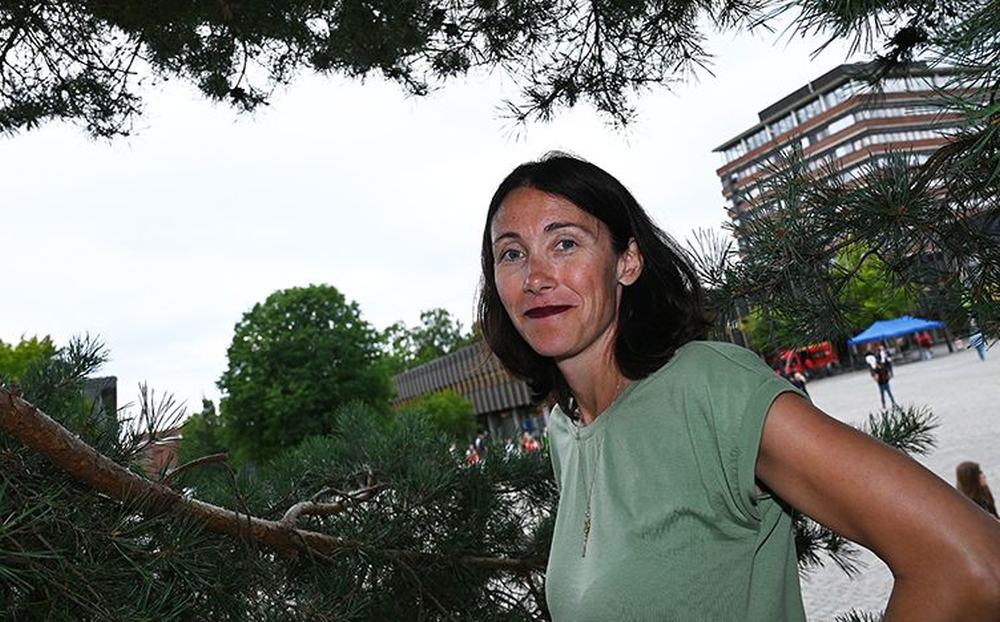 Trude Storelvmo has been awarded support for research to understand how clouds change due to global warming. The photo was taken in 2020 when she received the University of Oslo's award for younger researchers. Photo: Ola Gamst Sæther

Trude Storelvmo and Mathew Domeier, both from the Department of Geosciences, University of Oslo, were awarded the ERC Consolidator Grant by the European Research Council announced today, March 17, 2022. It is considered an acknowledgment to get through the eye of the needle to receive such grants.

A total of nine researchers at Norwegian institutions received the Consolidator Grant, of which two from the Department of Geosciences, out of a total of four scholarships that went to UiO.

Grant to Storelvmo and the project STEP-CHANGE

Trude Storelvmo receives support to carry out the research project: STEP-CHANGE: STate-dEPendent Cloud feedbacks: enHANcing understanding and assessing Global Effects, which is about global warming and the effect on clouds.

– Trude, briefly explain what the project is about ..

– The goal of STEP-CHANGE is to understand how clouds will change with global warming, to what extent these changes will further amplify warming, and whether this could results in abrupt climate change. It has become evident that different cloud regimes are governed by different processes that must be investigated separately. Therefore, STEP-CHANGE will investigate and quantify warming-induced cloud changes in three distinct regions: the Arctic, the Tropics, and the Southern Hemisphere storm tracks. This will be achieved through a bold research strategy including aircraft measurements, lab experiments, space-borne remote sensing, and numerical model simulations.

– What does this award do for your research?

– STEP-CHANGE gives me and my research group a fantastic opportunity to pursue this challenging and ambitious project, which would be very difficult to carry out with other sources of funding.

Trude Storelvmo is a professor i meteorology at Section for Meteorology and Oceanography (MetOs), Dept. of Geosciences. University of Oslo. In addition to the new project she has another ERC financed project, the Mixed-phase clouds and climate (MC2), and she is involved in the Swedish-coordinated project consortium ForCes. In 2020, she was awarded the UiO Prize for Young Researchers.

The ERC Consolidator Grants are awarded by the European Research Council (ERC) and are designed to support outstanding researchers at the career stage where they can continue to consolidate their own independent research team or program.

The researchers (Principal Investigators) who receive scholarships must demonstrate the pioneering nature, ambition and feasibility of their scientific proposal or project. ERC Consolidator Grants are for a maximum of EUR 2,000,000 for a period of 5 years. Read more on ERC's pages for ERC Consolidator Grants.