The purpose with the ReSource project is to expand and integrate the existing work carried out by UiO, Dept of Geosciences on compaction and rock property evolution of Jurassic Cretaceous sandstone in the Central North Sea. That includes mudstone and shale units, and regional/semi-regional tectonostratigraphic mapping. 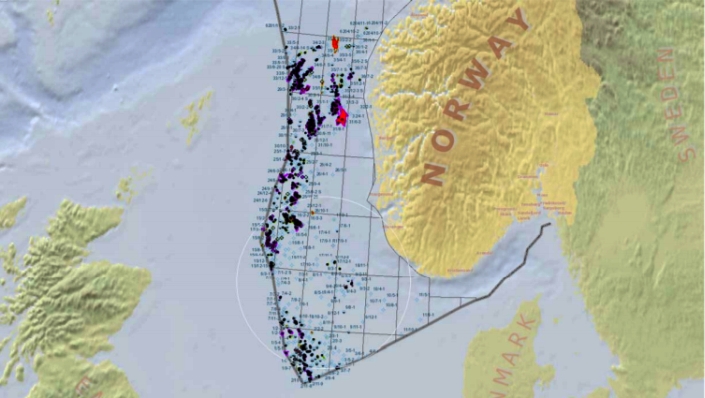 With the collaboration of Eni Norge, the ReSource project will expand and integrate the existing work carried out by UiO on compaction and rock property evolution of JurassicCretaceous sandstone, mudstone and shale units, and regional/semi-regional tectonostratigraphic mapping in Central North Sea. The aims of the proposed research are to investigate reservoir, cap and source rocks for better understanding of hydrocarbon potential of areas within the central North Sea.

The sand dominated unit (potential reservoir rocks) in the area comprises Bryne and Sandnes Formations, which are overlain by Upper Jurassic-Lower Cretaceous mudstones and shales of the Boknfjord Group (potential source and cap rocks) that contains Egersund, Tau, Sauda and Flekkefjord Formations. The Boknfjord Group is overlain by the Lower Cretaceous shale dominated Cromer Knoll Group which also act as secondary seal.

A large part of the proposed study area has been affected by Cenozoic uplift and erosion. This has been inferred from studies of sequence geometries, apatite fission track analysis and vitrinite reflectance of samples from wells in addition to exhumation studies based on sonic velocities and stratigraphic considerations.

The ReSource project will explore the Jurassic-Cretaceous basin development and sedimentary infill of the Central North Sea shelf by integrating geological studies, seismic and borehole log analysis. The scientific objectives are to:

The results from this proposed study will be useful input for modelling of source rock maturation, generation, migration and trapping of hydrocarbons in the target area. These results will also be an important input for the prediction of reservoir and seal rock properties in areas away from the exploration wells and provide valuable knowledge for the use of interval velocities in the uplifted regions. The earlier compiled preliminary erosion map in the area will be fine-tuned based on the subsequent analysis of relevant available data.

The ReSource project includes researchers from University of Oslo (UiO). The project will be led by Nazmul Haque Mondol (Associate Professor at UiO and Advisor/Adjunct Position, Division of Petroleum Geomechanics and Geophysics, NGI). The key personnel are Professors; Jens Jahren and Jan Inge Faleide, and Professor Emeritus Knut Bjørlykke, all from UiO.

A general objective for the project is knowledge-transferring and competence building. This will achieve by employing one Researcher, one PhD and three master students. The junior scientists will fundamentally be the vibrant part of the research team.

The research tasks to be carried out by Manzar Fawad (Researcher), Jørgen André Hansen (PhD candidate), and three MSc students during the three years period in close collaboration and supervision of Professors Mondol, Jahren, Faleide and Bjørlykke.

The ReSource is an industry funded R&D project with the title “Quantitative Analysis of Reservoir, Cap and Source Rocks of the Central North Sea”).

The project period for ReSource is from August 2016 to February 2020.

The participants are the University of Oslo (UiO), Norway and Vår Energi (former Eni Norge), Norway.