In June 2020 a team of six scientist in porous media research started up a webinar and YouTube channel for young researchers in porous media/CCS. The new effort for online presentations, contact and networking within the group of scientists from several countries make it possible to interact efficient without the need of travelling. 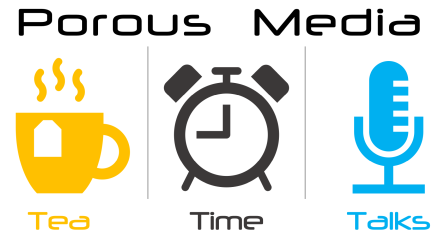 Together with six other porous media researchers (from different European ​institutions, two of them from University of Oslo), Mohammad Nooraiepour, from the SaltPreCO2 project have been co-organizing a webinar series via live YouTube streaming. The webinar series started up in June 2020, and to keep it informal the team named the new channel "Porous Media Tea Time Talks".

The streaming channel is by and for "junior" researchers in porous media (i.e., mostly focusing on PhDs and post-docs). The previous talks are accessible from the channel.

Will be a platform for younger researchers in porous media

– The idea is to provide a platform for researchers to show their work since many conferences are canceled this year, explains researchers Mohammad Nooraiepour from University of Oslo. We also try to promote gender equality and equal opportunities for female PhDs and early-career researchers in a male-dominated broad research filed.

Have a look at the YouTube channel: Porous Media Tea Time Talks - PMTTT

The recordings so far (7 sessions) in September 2020 cover researches from several countries; Norway, England, Switzerland, Australia among other. See one of the sessions: