Ian Horrocks is a new honorary doctor at the University of Oslo, faculty of Mathematics and Natural Sciences, and will hold a lecture entitled “Representing and Reasoning About Knowledge.” The lecture is open to everyone. Welcome! 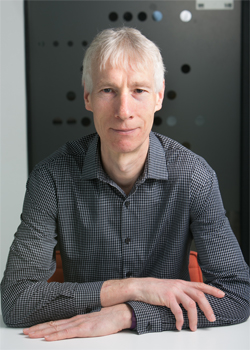 September 1, 2017, the University of Oslo will award 16 new candidates with the degree of doctor of honoris causa, honorary doctorates.

Ian Horrocks (born 1958) is a professor at the University of Oxford, and fellow of Oriel College.  He is a Fellow of the Royal Society, a member of Academia Europaea, and a fellow of the European AI Society (ECCAI).

His research concerns the digital representation of knowledge, and methods to manipulate such knowledge efficiently by computers.  He played a leading role in establishing the Semantic Web as a significant research field, by pioneering some of the central underlying logics, algorithms, optimization techniques, and reasoning systems.   He was for instance the leading researcher behind the description logic SROIQ, and he has driven its standardisation into the ontology language OWL.  He has also been a driving force behind the development of FaCT++, one of the leading ontology reasoning programs, and did seminal research on the interaction of ontologies and rule systems.  In short, he had a deep and lasting influence on almost every aspect of what is today known as semantic web technologies.

These technologies are now becoming a part of modern Data Science and gaining wide industrial uptake.  Horrocks’ work has thus transformed automated reasoning, which has long been a niche subject in mathematical logic and theoretical computer science, into a practically relevant discipline of considerable international interest.

Ian Horrocks has actively supported the establishment of the data science group at the Department of Informatics.  He was also instrumental in attracting the large EU project Optique (http://optique-project.eu/), that was coordinated by the Department, as well as the SIRIUS centre for research based innovation (http://sirius-labs.no/).