Delay and disruption tolerant networking is a new research area that aims to develop protocols for "disconnected" networks, i.e., where there is no direct path from sender to receiver at a given time, but such a path may come into existence later. Applica tion domains are sensor networks, vehicle area networks, intercommunication, and first response for emergency and rescue operations. In order to demonstrate its use and need, we use emergency and rescue as the case study for our project, even if the resul ts will be useful for other application domains. Rescue and emergency operations require a large amount of communication and coordination among the rescue teams and personnel. Today, much of this communication is done by face to face meetings which consum e valuable time. Audio Visual (AV) services, like Voice-over-IP (VoIP) and video conferences, would be much more user friendly, especially when being under stress and pressure.

Many of the devices that are needed to realize AV services in ubiquitous envir onments exist already today, such as head mounted cameras, (wrist)-wearable computers, lightweight microphones, and screen projection in glasses. However, the communication path between these devices, i.e., the network represents a hard problem. It is not possible to determine a priori which networking infrastructure will be available in such operations, because it might be partially or entirely destroyed. Therefore, a mobile ad-hoc network (MANET) that is established by the rescue personnel's devices mig ht be the only network. However, if additional networks are available they should be utilized, because AV services have non-neglectable resource demands and the end-users have certain quality demands. To meet these demands in heterogeneous, mobile, and un stable networks in which short and long term network partitions can occur, is very challenging. 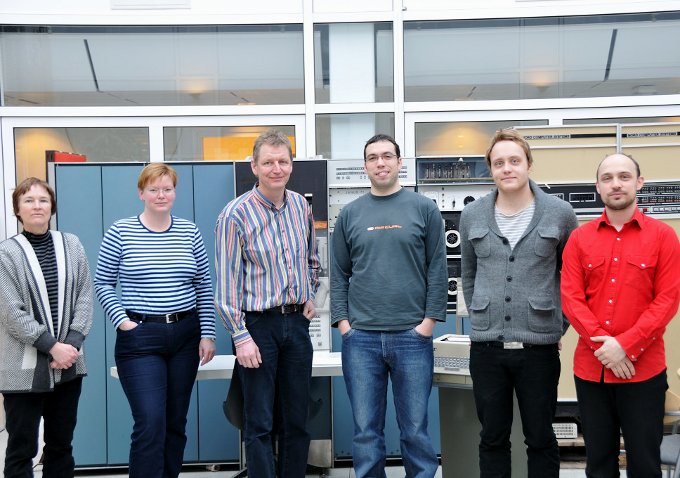