Sophus Lie Conference Center for mathematics was established through a collaboration between Eid kommune and the mathematical departments at NTNU in Trondheim and the universities of Bergen, Oslo and Tromsø. In the summer this will be a meeting place for students, teachers and researchers, with different kinds of workshops and conferences. Anybody planning such events are encouraged to contact us 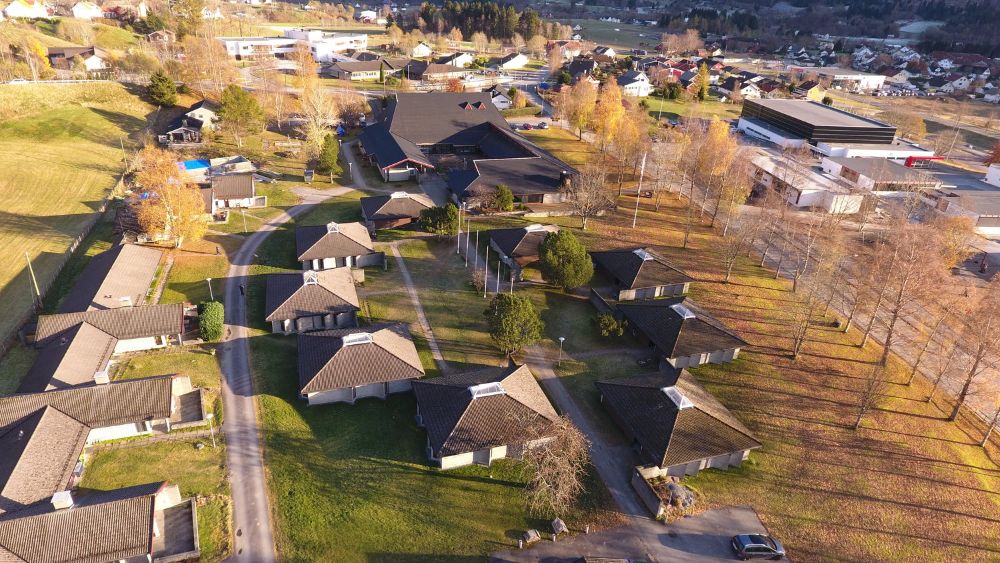 General information on the center

Sophus Lie Conference Center is situated at Fjordane Folkehøgskule in Nordfjordeid. This is a boarding school which is taken over by the Center during the summer break. The school has 90 beds. For additional accommodation there are several hotels and pensions in Nordfjordeid. At the school there are nine pavilions with 4 double rooms and 2 single rooms. The pavilions have common kitchen and bathroom facilities. All meals are prepared at the schools own kitchen, which can serve up to 130 persons. Fjordane Folkehøgskule was built in 1975. It has an audotorium which holds 350 persons, with large blackboards and overhead screens. In addition to this the school has several classrooms for 30-40 persons and numerous smaller rooms. The school has computers with internet access available to all participants.

Fjordane Folkehøgskule lies just outside the center of Nordfjordeid. In the centre there is a tourist information, travel agencies, restaurants, pubs as well as regular stores, post office and bank.

The Center has been the host for mathematical conferences and summer schools since 1993. Included among these are two Euroconferences sponsored by the European Commission through the HCM and TMR programs, namely Europroj annual conference, June 1995 (85 participants) and the Conference on Von Neumann algebras and dynamical systems, August 1997 (120 participants). The accomodation is reasonably priced.

The following are the main possibilities:

A good general reference for tourist and travel information in the region of Nordfjordeid is http://www.nordfjord.no/

The weather is fairly unstable at Nordfjordeid. From cold, rain and wind to sunny and warm. The temperature is seldom below 10 and go up to 25 if we are lucky. It is advisable to bring a sweater and a jacket.