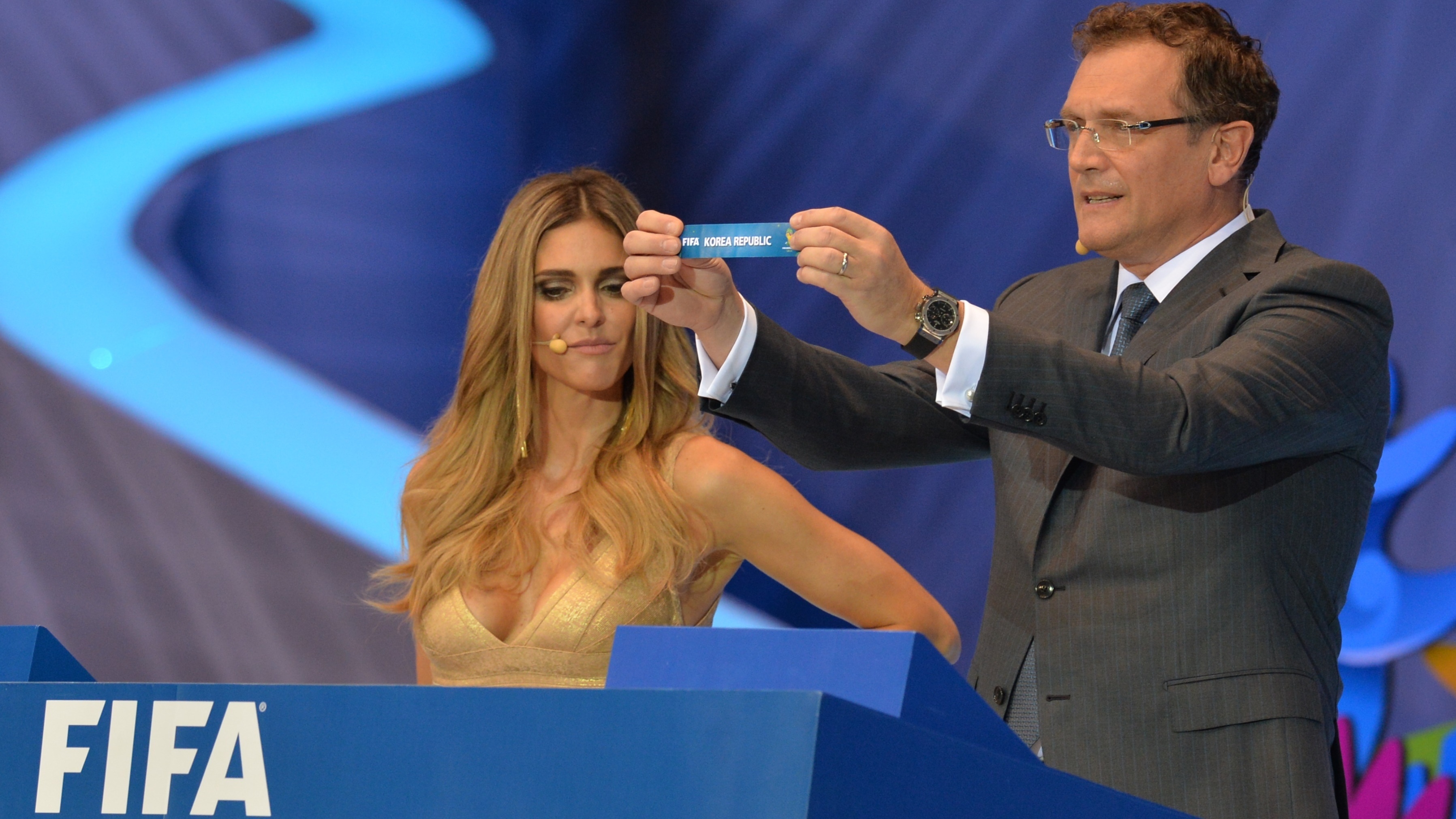 She looks a bit skeptical -- can little Norway manage to do proper football match draws, in the appropriate FIFAish fashion?

The Norwegian Football Cup is an elaborate process, with various preliminary matches taking place already in March to sort out the 2^7 = 128 teams allowed to play the 2^6 = 64 matches in Round 1 in April. After this teams are successively eliminated in the cup pyramid scheme of things until Sarpsborg faces Rosenborg at Ullevaal Stadion, Sunday November 22, with the King and Prime Minister and twenty thousand others in the stands and a million watching from their sofas. In a bit more detail, the 64 winners in Round 1 go on to play 2^5 = 32 matches in Round 2, with the winners playing 2^4 = 16 matches in Round 3, and with the ensuing 16 winners proceeding to Round 4. The present post concerns precisely this step, how these 16 winners were pitted against each other in their 2^3 = 8 matches -- we shall then leave it to themselves to manage the route from quarterfinals and semifinals to the Grand Finale.

Something rather unusual happened regarding the setup of the 8 matches for the 16 teams having come all the way to Round 4. It was already on the unlikely side of things that out of these 16, precisely 8 were from the Norwegian Premier League (which for idiosyncratic reasons is called Tippeligaen), the other 8 then from lower-level divisions -- so we're having 8 A-type teams and 8 B-type teams. But people didn't really start flexing their conspiracy theory muscles until the presumably random draw, sent on public television in real time, gave 8 matches in the form of

Yes, it does look more than odd, bordering on the unlikely, and football guru Nils Johan Semb, previously coach of the national team, and who followed the sequential draw in the television studio, found it "almost unbelievable". The whole random draw process was also executed in an amateurish and confusing fashion (shown in real time on so-called real tv). Who would ever have believed we should see this line-up -- and of course the A-teams soundly and roundly beat their B-team opponents, yielding 100% B-free quarterfinals:

We're Norwegians, thank you very much, not used to Higher Scandals in the world of football or sports generally (I'll refrain from mentioning Italy or Brazil or Follo or FIFA or Paraguay or Greece in this parenthesis), but were we in fact confronted with an elaborate set-up, a scam? Will it ever happen again, that 8 A-type and 8 B-type teams will be randomly paired together in the form of 8 A-B matches?

Our statistical duty, then, is to compute the probability of this happening, under the random sample hypothesis. The result is [drums here, please]

which is 0.0199, or two percent. This would qualify as rather unlikely, 1 in 50, but not really in the splendidly conspiratorial realm of chronosynclastic infundibuli and infinite improbability drives. To see how we can deduce the formula above, let's look at the process sequentially, match by match by match, calculating probabilities and multiplying them together by the celebrated theorem on, well, multiplying probabilities:

The probability q_n is quickly becoming smaller when n, the number of matches to set up, is growing. It is approximately equal to \(\sqrt{\pi n}/2^n\) (with this approximation working well already for small n; for the football case of n = 8 we find 1.96% instead of the exact 1.99%). The q_n does have a certain resemblance to the formula for a random walk in one dimension coming back to its starting position in 2n steps, i.e. \((2n)!/(n!n!)(1/2)^{2n}\) , which has the size of approximately  \(1/\sqrt{\pi n}\). This is luckily big enough to make its sum diverge, proving that if you've lost your mobile phone somewhere, you will with probability 1 sooner or later find it again, provided, of course, that you've lost it in only one dimension.

A perhaps necessary footnote to such probability calculations about "wow, this is so unlikely" stories is that the questions are typically posed afterwards. Not even FIFA places a bet on the Norwegian 4th Round ending in eight A-B matches. My calculations above show that the probability of this happening, before the draw is made and before anyone has had a chance to be surprised, is 2%. Lots of other things could have happened, with even lower probability. It's extremely unlikely that you will win the Lotto, dear reader, but someone surely will.