We all watched Norway-Spain 28-25 today (21-Dec-2014), with Norway winning the European Championship 2014. But how exciting was it? In precisely how dire straits did Norway find herself when Spain was leading 10-5 after 18 minutes, and could we really start relaxing when Norway led 26-22 after 52 minutes? 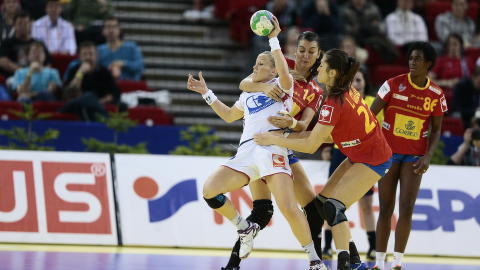 I have done so, admittedly a posteriori, just after the match, but these calculations lend themselves easily enough to the construction of a little `app', able to compute, in real time, the winning, losing, draw probabilities in any game, as the goals keep being scored.

See Figure B, displaying these three probabilities as a function of match time, and Figure A, which gives the goals scored. I suggest that tv2 makes an app out of this, so that Figures A-B can be displayed, at appropriately precarious moments in the match.