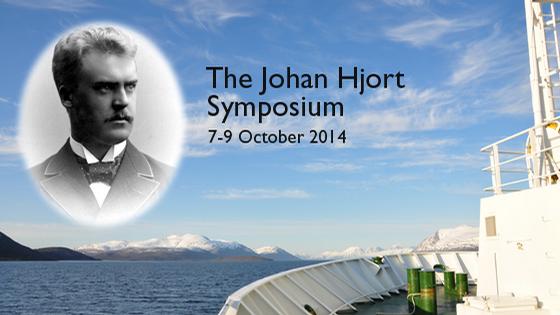 As a professor and active scholar in the international field of statistics, on both the methodological and applied sides of the spectrum, I belong to the segment of "travelling academics" and have my share of workshops, conferences, visits and visitors, panels, and so on. But it felt very special indeed to take part in the Johan Hjort Symposium on Recruitment Dynamics and Stock Variability, Bergen, October 2014 (with 130 participants from 23 countries). I am one of a decent abundance of great-grandchildren, and have what I judge to be a strong sense of kinship and affinity, both to my father's father's father and to various other Johan Hjorts in the family (including my father's father, my father, my brother, a cousin and a nephew). It was slightly surrealistic and also gently uplifting, then, to come to the conference each morning, under the vigorous, determined, perhaps demanding but also youthful gaze of my great-grandfather, while taking in an optimum catch of Johan Hjort talks.

I'm happy to report that I wasn't only a family tourist, but to a modest degree able to understand and follow some of the biological dimensions and issues, along with aspects related to models and analyses of data, for many of the presentations. The Hjort time series of the hepatosomatic index for the skrei (Gadus morhua), which thanks to efforts of Olav Kjesbu and others has been extended backwards and forwards in time to 1859-2012, was one of the items catching my statistical attention. As a beneficial side effect of the symposium it has been rewarding and fun to work with Kjesbu and my PostDoc Gudmund Hermansen, applying recently developed statistical methodology I have been involved in to model and analyse how this liver index time series is behaving over time, along with associated influential factors. I think about the resulting Perspectives Paper for the Special Johan Hjort Issue of the Canadian Journal of Fisheries and Aquatic Sciences as a friendly nod to my great-grandfather.

I shall attempt to briefly indicate how Johan Hjort is remembered and seen in the family. We have been and still are on the bigger side of the spectrum of families (some would say "clans"); in their "critical period", Johan Hjort and Wanda Maria von der Marwitz had four children (from 1895 to 1902), and my point estimate for the total number of descendants, as of 2016, is 239. I suppose we also tend to be more interested in our family histories than whatever could be construed to be the average in this regard. We read and write and talk, remember and reconstruct, and perhaps speculate uneasily about biological inheritance aspects of character traits. This is with a sense of keeping history alive, and perhaps also part of the ordinary human struggle of attempting to understand approximately who we are. 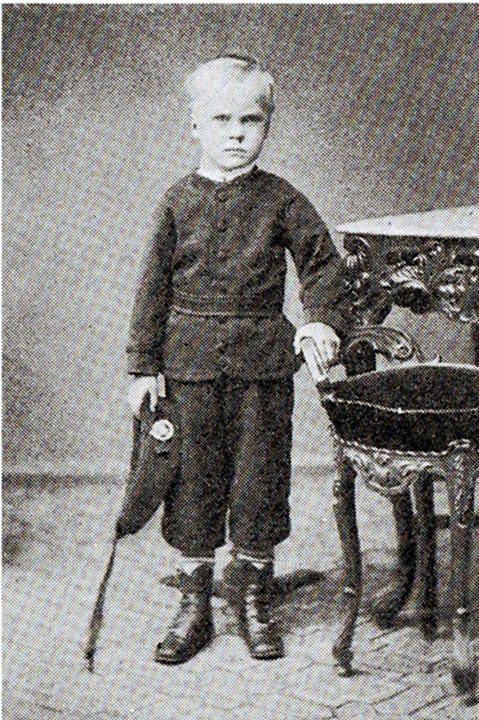 JH's father Johan S.A. Hjort (1835-1905) and grandfather Jens Johan Hjort (1798-1873) were both professors of medicine. They were also both pursuing research in ophthalmology, but also branching out to touch other spheres of medicine. His father was apparently the first who conducted brain surgery in Norway. Jens Johan Hjort was among the first obtaining a doctoral degree at the young University of Oslo (in 1826, with the full disputation lasting seven hours, with six persons  using the ex auditorio opportunity, and everything in Latin, of course). Jens Johan's research work included illnesses of the poor, in particular syphilis and leprosy. I imagine that JH himself would have been eager in such a connection to point to the importance of not merely a few men, but also the many strong women before him and around him. His mother was Betty Falsen (1849-1922), and through a certain earlier connection on the family map it is argued that he had a double-dose of what in the family might still be called the "Falsen mood". Some of the Falsens ahead of him, including the "Constitutional Father" Christian Magnus and his father Enevold, had been clever, visionary, hard-working, artistic and creative -- but also difficult, sometimes with a tendency to brood over unfairnesses of the world (real and imagined), and perhaps lacking the elements or temperament of easy-going social skills that make lives easier for many. 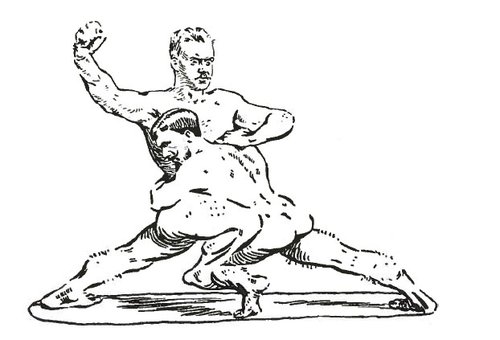 "As a young boy I was very proud that my father could fight so well that it was in the newspaper", writes my grandfather J.B. Hjort. This is the cover of JH's booklet "Samarbeide: Under Unionsopløsningens Tegn", 1902, with himself fighting Alfred Eriksen.

When we tentatively and speculatively look back at Johan Hjort and his family contemporaries, with the sources at our disposal, we learn that many of the family members apparently were unusually nice, gentle, humorous, friendly; they were singing and playing instruments, happy at work and at home, leading social lives, and with easy positive empathy with the high and the low. There is much praise of this calibre regarding both of his parents and his siblings, and of his grandfather, who unusually for the doctors of his time spent much time with the poor and was loved by all patients, etc. But some of the Hjorts, including my great-grandfather, apparently had clearer streaks of the Falsen mood in their veins, with the occasionally volcanic temper, periods of brooding, a tendency to apply too strict principles where issues would more easily have been solved with a bit of flexibility, etc. Nothing was ever accomplished by a reasonable man, argues G.B. Shaw. In this sense my great-grandfather must have been rather unreasonable.

Very clearly, Johan Hjort was happy at work, attacking grander problems and issues than most of us meet, focusing his formidable energy and powers on diving deeply and getting things done. Perhaps he was particularly joyous and energetic when work took him away from his home environment, to the seas and abroad, in direct confrontation with nature's secrets and to the stimulating and blooming international collaborations. He was a practical man and enjoyed the various practical challenges associated with sea work and marine science in general. "From time to time Hjort's robust laughter would echo through the ship", writes Sir Alister Hardy, who spent a few formative weeks with JH, talking biology during the day and perhaps philosophy at night. He was an avid reader, in many languages (including Greek and Latin), and apparently had the ability to read and comprehend any book quickly and then remember all its detail for ever. He was also an energetic and effective writer on a wide range of topics. In addition to The Depths of the Ocean (1912) and Fluctuations of the Great Fisheries of Northern Europe (1914), this being the raison d'être for the Bergen symposium hundred years later, he wrote The Unity of Science (1921), Foreign Policy Experiences During the World War (1927), The Emperor's New Clothes (1930), The Human Value of Biology (1938), Back to Work (1940), The War: The Great Deception. Essays on its Problems (1945), etc. To his disappointment, I believe, these non-science efforts were not rewarded by the same level of interest and eager scrutiny as his scientific work. 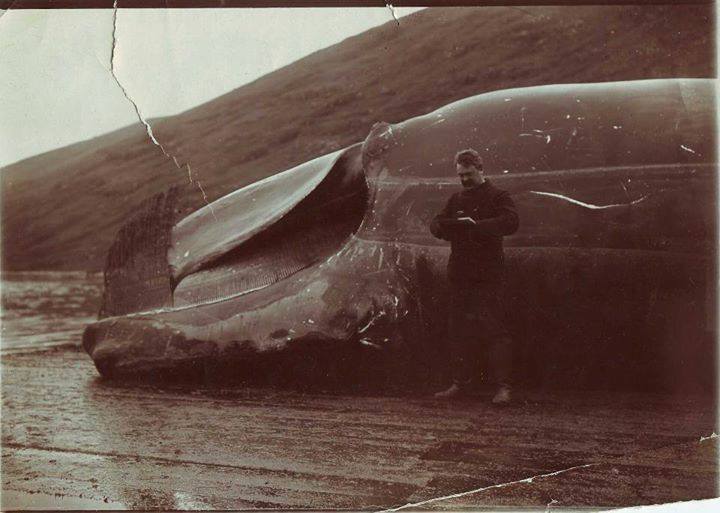 Johan Hjort was an exceptional man, with an unusual mixture of character traits and abilities. Added to the obvious list of achievements in science, I see him as completely unafraid, eager to take on any struggle or fight if he saw it necessary, even with the high and mighty. Mixed in with his "I know best" attitude must have been good amounts of generosity and tolerance; as long as people worked well it was irrelevant whether they were men or women or whether they had any particular social standing or background. Kristine Bonnevie, Norway's first female professor and also first female member of the Norwegian Academy of Science and Letters, was Hjort's student.

I will end this little note with Francis Bull's apt characterisation of him: "As a superior, he was without peer; helpful, kind, patient -- as an equal, rather difficult, because he always believed he was right -- and as a subordinate, sure of himself and full of the desire to oppose."

Sir Alister Hardy (1948). Johan Hjort. In the series of obituaries, for Fellows of the Royal Society. 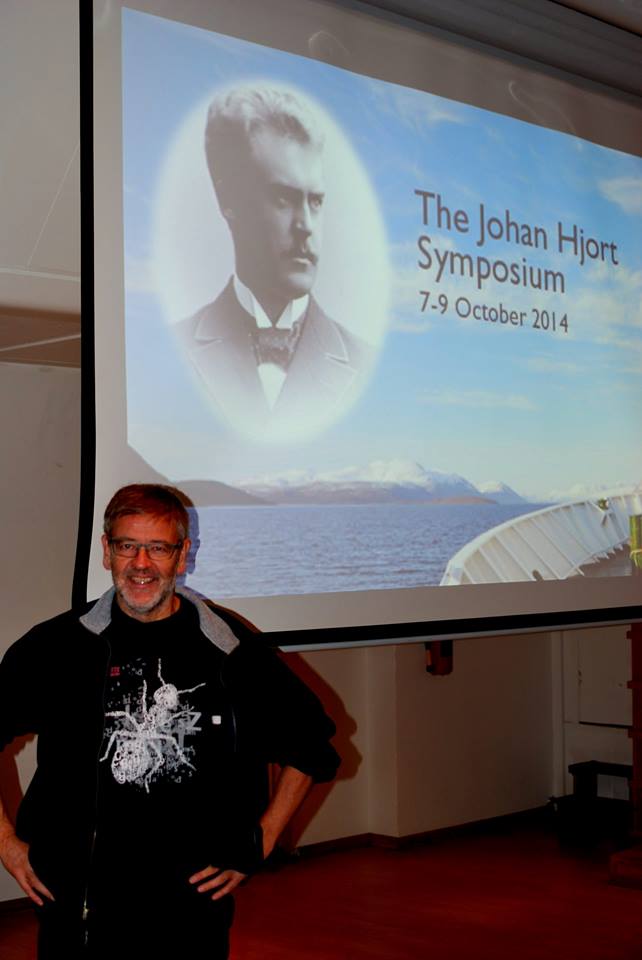