Closer to the mystery of the sun 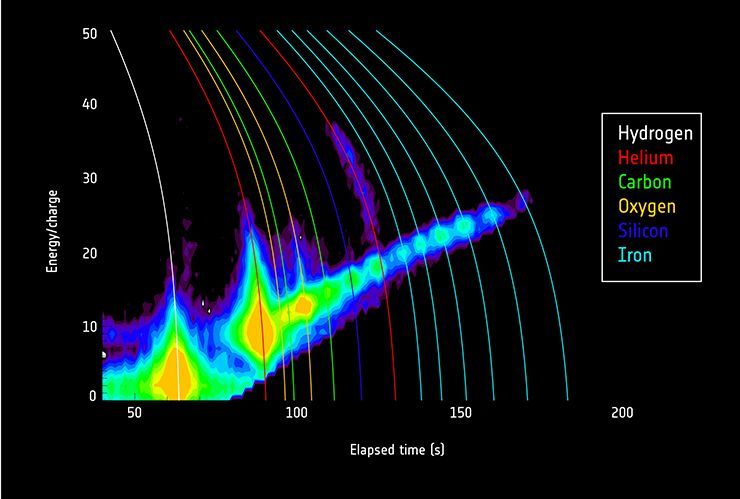 magnetism, which has a great impact on our lives and the environment. We aim to understand the solar wind, where it comes from and how it gets its speed. If we understand the space weather, we will see how the sun affects the earth,

Before, one observed the surface of the sun and the solar winds separately, but with Solar

Orbiter one can study both at the same time and get a more holistic understanding.

Many years of cooperation and preparation

Solar Orbiter is a collaboration between ESA (European Space Agency) and NASA, and was launched from the Kennedy Space Center in Florida in February this year. As the name suggests - Solar Orbiter - the vessel that goes around the sun. The successful launch was the result of 20 years of collaboration to develope instruments for the space probe.

Senior engineer Terje Fredvik and Professor Mats Carlsson at RoCS were responsible for SPICE, one of the instrument parts on the satellite.

The Solar Orbiter has ten different scientific instruments for studying the sun.

The instruments are divided into two main types:

Calibration and adjustment of the instruments over the spring was not stopped by Covid-19. Many of the developers and researchers had home offices, but the collaboration was in place and the photographs taken in June went according to plan.

The enthusiasm for the qualities of the first pictures taken 77 million kilometers from the sun was big and was covered by the world press. The Solar Orbiter was then about halfway to the Sun and in its first perihelion, the point closest to the Sun in the first elliptical orbit.

The importance of seeing more of the sun

Scientists are looking forward to getting even closer to the sun's mysteries in 2022 when the probe enters its inner orbit. The Solar Orbiter will then be 42 million kilometers from the sun and within Mercury's orbit, which is the innermost of the planets in the solar system.

Through regular passes near Venus, the orbit will change so that it will be possible to take pictures of the sun's polar regions. "This has never been possible before and these observations can tell us more about why the sun's activity varies in an 11-year cycle," says Carlsson.

The scientist can say with certainty that Solar Orbiter will show us new things about the star that is the center of our solar system.