developed for a Long Duration Balloon flight in the near future. It has a 0.1 square degree field of view, with 0.6 arcsecond pixels, and frequency coverage from 300 nm to 1100 nm. The capabilities of the instrument will be discussed, as well as the current status of the experiment after its fourth successful test flight from Timmins Ontario in Sept 2019. Preliminary images and results will be shown from this most recent test flight as well as the previous ones. 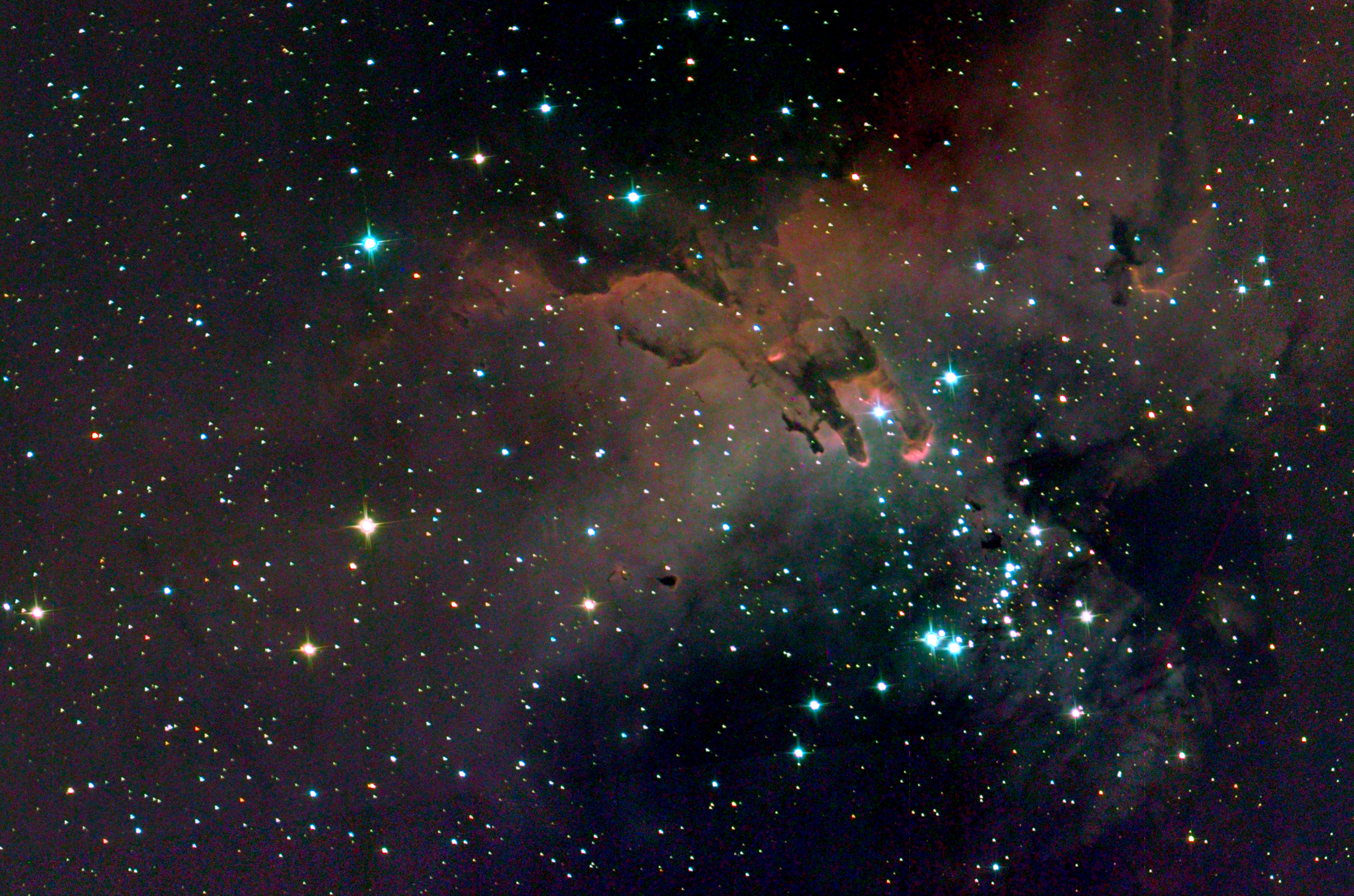 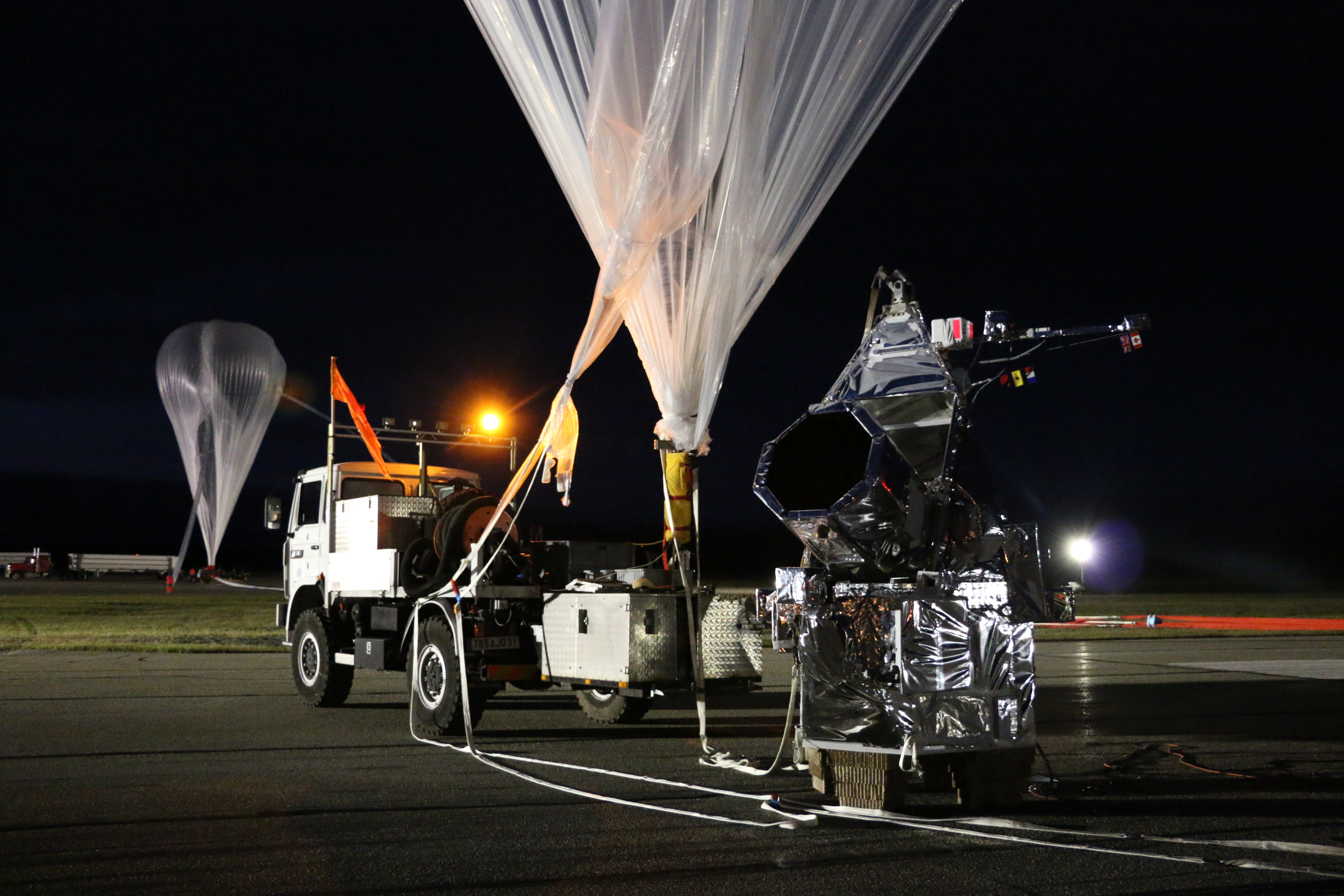 To the left: Superpressure Balloon-borne Imaging Telescope (SuperBIT) on the launch pad 2015. To the right: A four band composite image of the Eagle Nebula captured during the 2016 test flight using 17 minutes of exposure time. Credit: SuperBIT collaboration.