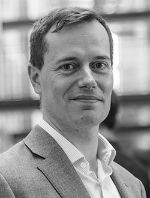 In the last decade, single-dish (sub-)millimetre surveys covering 100-1000 square degrees on the sky have allowed for the harvesting of 100s of strongly gravitationally lensed (magnification factors >10) high-z dusty starburst galaxies -- objects that due to their lensing-configuration are too rare to be uncovered in significant numbers in smaller surveys.

These objects, owing to their brightness, are 'easy pickings' for follow-up observations with ALMA and Hubble, and have proven to be a treasure for studying the most extreme dusty starburst galaxies back to 800 million years after the Big Bang.

In this talk I will present the latest results from the South Pole Telescope Submillimeter Galaxy Survey (SPT-SMG), which has produced the largest and best-studied sample of lensed starburst galaxies in the young Universe.

Finally, I will talk about plans to conduct large mm-surveys from the Arctic, using the 12meter Greenland Telescope, currently located at Thule Airbase.

Please join the Zoom Colloquium at: