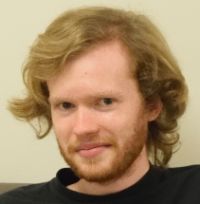 Thus far, our knowledge of the fundamental nature of the universe has come primarily from three regimes: the subatomic, the solar system, and cosmology at large. However, with the particle collider programme reaching an impasse, solar system information near-exhausted and key cosmological probes approaching cosmic variance limits, I make the case that further fundamental physics may have to be learnt from new regimes. Here I focus on one such regime: the galactic. I will argue that the behaviour of galaxies can not only provide complementary information to particle physics and cosmology (and on an affordable budget), but may in fact provide far greater sensitivity to properties of the dark matter and dark energy that dominate the universe. A number of "small scale problems" facing ΛCDM may provide clues to the nature of these elusive substances, and dedicated analyses and experiments, which I will describe, have the potential to unlock galaxies' full power. As case studies, I discuss the constraining power of galactic observables to new light degrees of freedom, self-interactions of dark matter, and the behaviour of gravity in the weak-field limit.