CBA researchers working to understand the possible consequences of permafrost thawing were recently featured in a newspaper story in Dagens Næringsliv Magasinet. 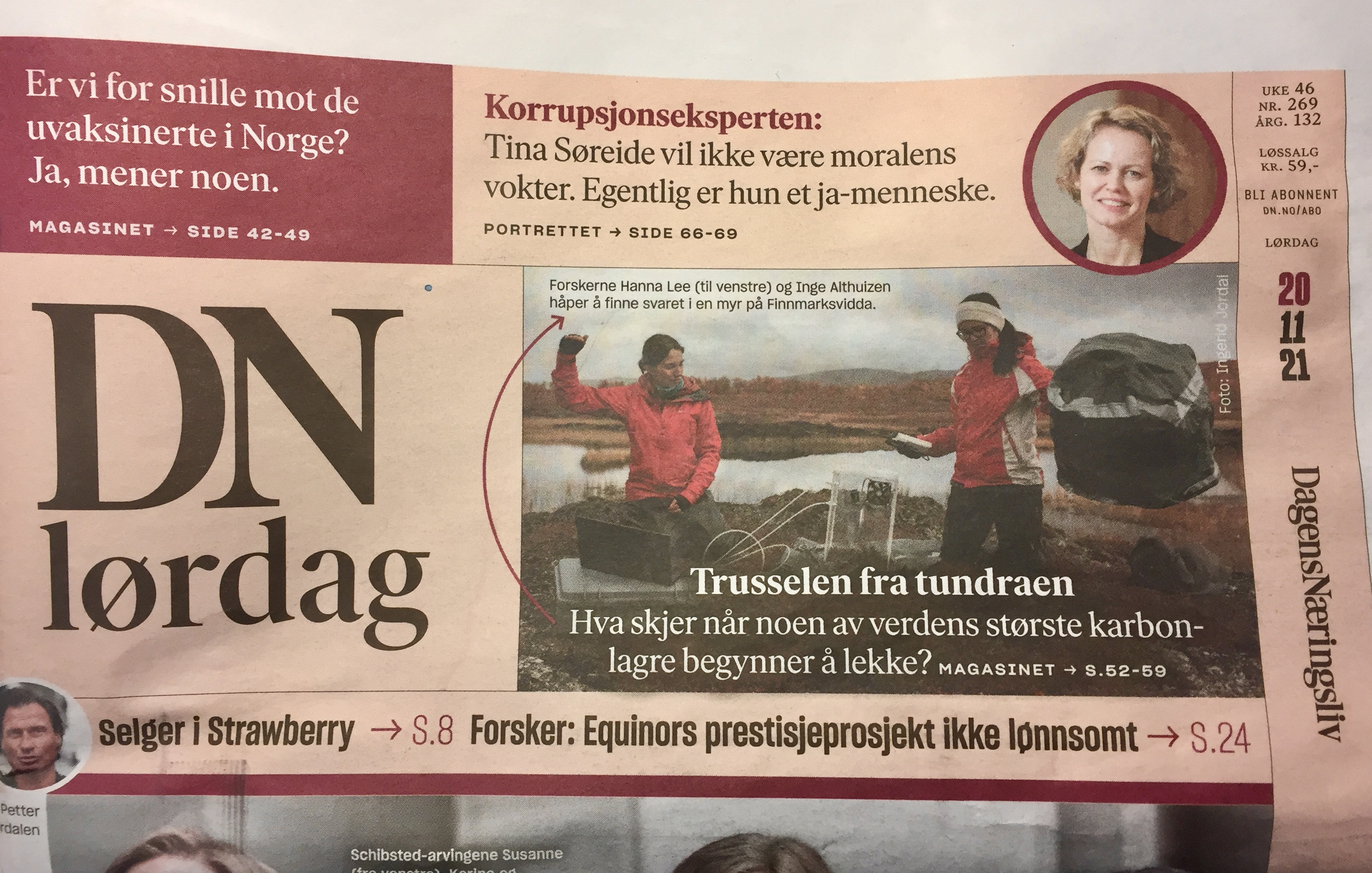 Permafrost research is an important part for CBA in order to reach the aim of understanding interactions and feedbacks in Northern latitude ecosystems, and the centre has several research projects linked to permafrost, both in Norway and abroad.

One important field site in Norway is Iskoras in Finnmark in Northern Norway. In an eight page feature story in the Norwegian newspaper Dagens Næringsliv on November 20th, this work is highlighted, including CBA researchers and collaborators.

As permafrost is a poorly understood phenomenon and also important for future climate and biodiversity changes, it is important for CBA not only to publish our findings to scientific peers, but also communicate to the wider public and stakeholders, as in this newspaper story.

Featured in the story is amongst others Sebastian Westermann, Hanna Lee and Inge Althuizen.

Story here (link to article on the newspaper's page, behind paywall)