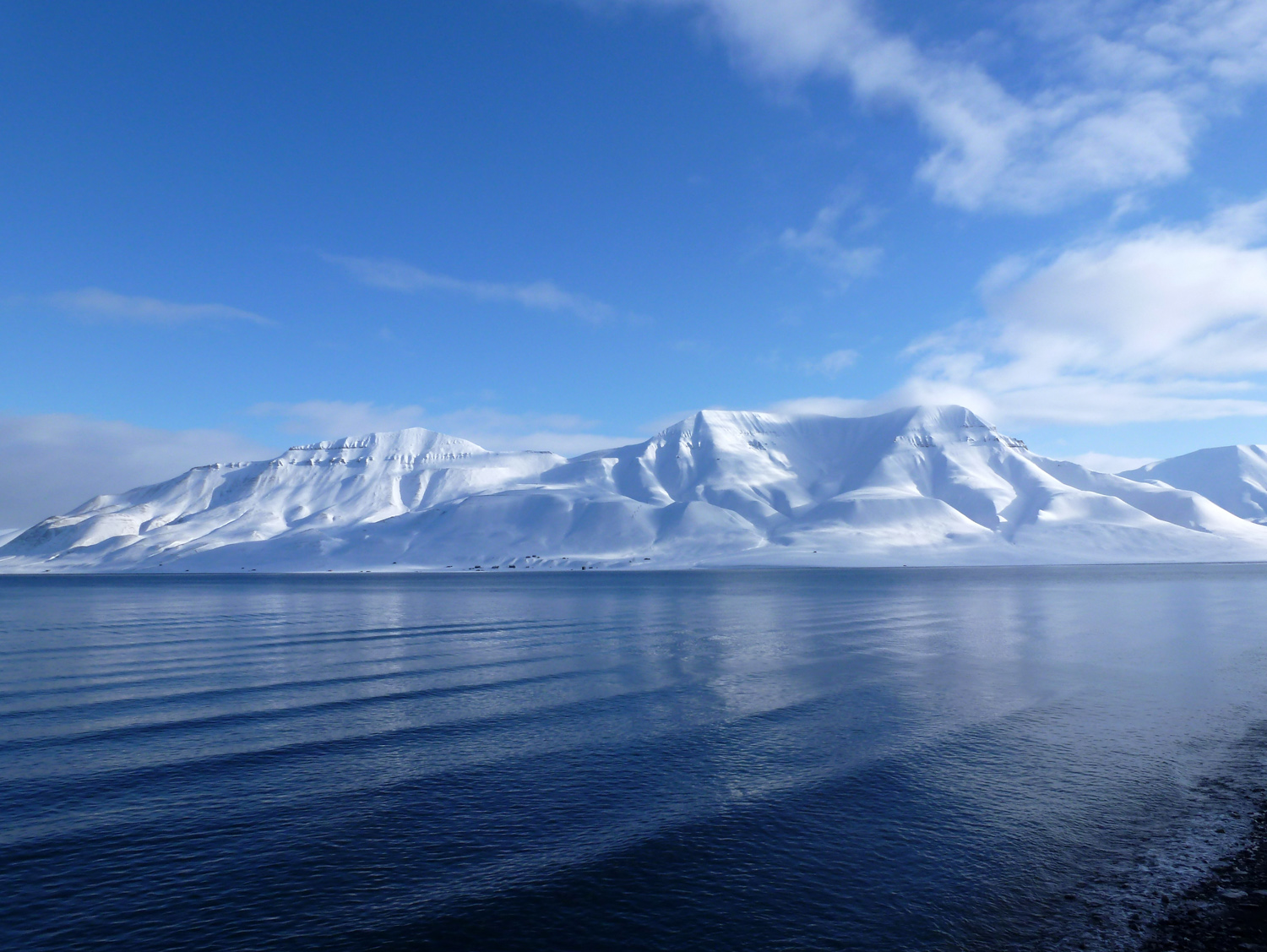 Text and photos by Morgan Jones

Svalbard is inhospitable, barren, and cut off from the rest of the world. The wildlife includes one of the most feared and dangerous predators. Not exactly a place where you would expect a thriving small town then. It comes as a surprise to most visitors how urbanised the town of Longyearbyen feels upon arrival. There are lively bars, excellent restaurants, and a bustling feel to a town of only ~2500 people.

This small settlement in a small valley on an island the size of Scotland owes its existence to the mining of coal. The hills around the town are full of it, and the town has grown over the last century through the investment of the mining company Store Norske. It is now home to the university of UNIS, several tourist companies, and has a strong multicultural identity with people linked by a common love of such an unusual and beautiful landscape.

Svalbard has abundant coal because of a change in tectonic stresses around 60 million years ago. Volcanism and spreading in the Arctic Ocean was faltering as the effects of the North Atlantic Volcanic Province began to move further north. The opening of the Labrador Sea and the North Atlantic pushed Greenland northwards.  Svalbard, situated on the north coast of Greenland at the time, was subjected to transpressive stresses.

A mountain range developed on the west side of what is now the island of Spitsbergen, with an associated foreland basin to the east.  This syn-orogenic sedimentary basin in a strike-slip tectonic setting is termed the Central Tertiary Basin (CTB), containing the ~1900 m thick Van Mijenfjorden group. These sediments are dominated by sandstones and shales, showing evidence of major transgressive-regressive cycles related to local tectonics and eustatic sea level change.

Coal layers are prevalent in the lower parts of the Palaeocene formations, the reason for the settlement of Longyearbyen. In addition, there are occasional clay layers that form prominent marker horizons. These bentonites are chemically weathered volcanic ash layers and range from 1-30 cm in thickness. These layers are of interest because they can be used to accurately date the sedimentary sequence and hold clues to both the termination of volcanism in the Arctic and the beginning of the formation of the Atlantic.

The mining company Store Norske has extensively cored the CTB during coal prospecting, and graciously allowed us to sample several cores. Thick layers can be traced several 10’s km across the basin as marker horizons. Bentonites are common in the Palaeocene cores (Basilika and Grumantbyen formations, ~ 62 to 58 Ma), while rarer but still occasionally present in the Eocene Frysjaodden formation.

Each core that we studied had between 3-12 observable bentonite layers that showed large variations in preservation and subsequent reworking. Roots and other finer organic material were common, especially when the bentonites were found next to coal seams. These ash layers are stratigraphically important as some of the layers contain abundant fresh zircons.

Biomarkers are difficult to implement as the Arctic had a different faunal assemblage to other oceans at the time, making traditional organic dating methods difficult. We have been working together with colleagues at MIT to accurately date the first and last bentonites in the succession. This information will prove extremely valuable for ascertaining the deposition rate in the palaeo-basin and give dates for onset and termination of the volcanism that affected the area.

The provenance of these ashes is not immediately clear.

The magmatic province that affected the Arctic in the Cretaceous had assumed to have all but died out by the time the CTB started forming on Svalbard around 62 Ma.  Equally, the Labrador Sea and North Atlantic formations were nascent, with the active volcanism much further to the south than Svalbard’s location. This means that either A) there was a source of volcanism that is currently not exposed at the surface close to the CTB, and/or B) the eruptions were of sufficient magnitude to have transported ash 1000’s km from the source(s).

There are large ash beds in Denmark that are attributed to volcanic centres in Scotland and Greenland around 55 Ma, so the latter scenario is plausible. The timing of these events is also of interest as the ashes were deposited in the lead up to the Palaeocene-Eocene thermal maximum (PETM), an extreme global warming event driven by large releases to the atmosphere of CO2 and/or CH4, evidenced by a negative carbon isotope excursion in both the ocean and atmosphere.

The potential sources of this hyperthermal event include CH4 hydrate dissociation, the oxidation of organic matter, but also volcanism and associated gas release from sediments affected by intrusions. Therefore, by beginning to understand the origin, scale, and duration of the volcanism that affected Svalbard, an important climatic event in Earth’s history can be better constrained.

We will continue to work in Svalbard through the summer, plans are ahead to commandeer a drill rig to get a core across another important climatic interval, the mass extinction event that separates the Permian and Triassic periods.

In the meantime, the ashes in the Palaeocene and Eocene have many secrets left to unearth, and a summer of intense lab work in which to unearth them! Watch this space…