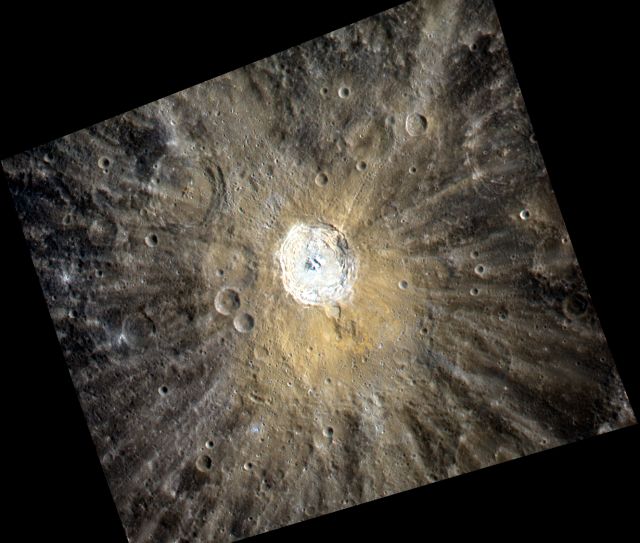 Funded by the Norwegian Research Council, the Earth and Beyond group at CEED is hosting an outstanding international research team for the Crater Clock project, aiming to calibrate the crater chronometer for the earliest planetary evolution in our Solar System. Mercury, the so-called Forgotten Planet is a key research target of this project.

It is not until the NASA MESSENGER spacecraft inserted into the orbit about Mercury in March 2011 that we saw the full appearance of that planet for the first time. This spacecraft carried an excellent camera system named Mercury Dual Imaging System (MDIS), which can obtain both high-resolution monochrome images and 11-band multi-spectral color images. Scientists use these images to study the various terrains on the surface of Mercury and also the geological history of the planet. Luckily, the MDIS data are available in the public domain, so everybody can download them from the NASA Planetary Data System (PDS) for free.

It is always safer to use raw data obtained by spacecraft cameras to perform scientific study. However, such data are usually not friendly for direct usage, because problems such as distortions always exist in the raw data. Therefore, certain data processing procedures, such as spacecraft kernel information registration, radiometric calibration, band-to-band registration of multispectral data, and photometric calibration, have to be carried out for the raw data. These procedures can be very complicated because various spacecraft parameters are involved, such as equipment temperatures, spacecraft positions, camera operation modes, etc. Fortunately, the United States Geological Survey designed a powerful planetary image processing software named Integrated Software for Imagers and Spectrometers (ISIS), which is able to process data from NASA and International spacecraft missions such as the Indian Chandrayann and Japanese Kaguya. Now, this software is employed by the Earth and Beyond group at CEED to process planetary data, such as the MDIS daily frames.

Most planetary geologists process imagery data for a particular research area, because after nearly 60 years development, planetary geology has been divided into so many subtle disciplines that the geology of a small extraterrestrial area or studying a particular type of geologic process can be a whole Ph.D project and even a research career. However, the geology of Mercury is little known compared with that of the other terrestrial planets and the Moon, so every image obtained MDIS might reveal a new finding about the planet. To better know the geology of the planet, we would not miss any part of excellent of the planet. Therefore, we have taken the liberty to download all the MDIS daily images from PDS and processed them using ISIS. Every image in our database is now good for scientific usage, and every image is map-projected in a beautiful black frame like the one shown below.

We wish to view all the images. This work is laborious and for the most time, we just see fresh and old craters again and again, which may be quite boring. However, surprises are always waiting there. For example, when viewing the MDIS images obtained at 11th January 2013, we saw one frame full of craters flipping over another similar one. But suddenly, an image like the one below jumped out and fulfilled my screen. Holy! That is definitely different from the normal craters on Mercury! We have learned that these depressions on the crater floor are hollows, which are formed by sublimation of crustal volatiles, but so far we do not know the volatile-bearing minerals or their origin. Using this image, we can actually estimate the depth and volume of the hollows, because the image has been fully calibrated. Such calculation may give us information about the volume content of volatiles in the pre-impact target, which is critical to reveal the source material forming the hollows.

Our project is still ongoing, and such surprises keep filling our disks everyday, expanding our knowledge about this mystery planet.

MDIS images and other planetary mission data are available at http://pds.nasa.gov/. Follow the MESSENGER website (http://messenger.jhuapl.edu/) for further information about the mission and the planet.

Tags: CEED, mercury, planets, zhiyong By Henrik Svensen
E-mail this page
Siste innlegg More ...
UiO > The Faculty of Mathematics and Natural Sciences >
The Centre for Earth Evolution and Dynamics > About the centre >