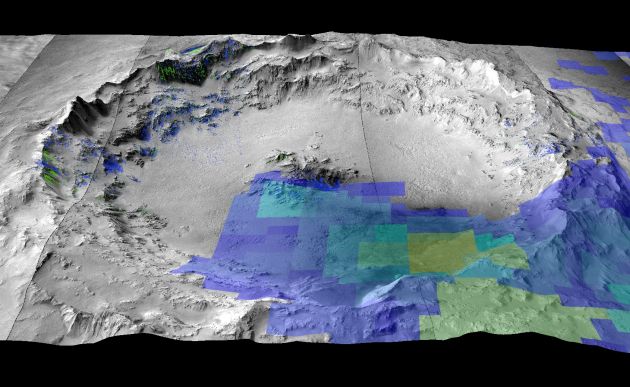 Meteorites from Mars, so-called shergottites, have been known since the 1970’s. Now we know where they are coming from: the Mojave impact crater. The source region Xanthe Terra on Mars was probably impacted about 3 million years ago by a medium-size body and the ejected rocks ended their space journey at the Earth’s surface a few thousand years ago.

Since we have identified the crater location and geological setting for these meteorites we can place the mineralogy and ages of the meteorites in a geological context. A long-lasting debate about the original age for the meteorites, younger than 600 million years or older than 4.1 billion years has now been settled in favor of the old ages.

How and why to study meteorites

The geological evolution of other planets is difficult to study because it is unfeasible to access their surfaces other than by space missions. But because meteorites derived from some planetary bodies have landed on Earth we can analyze these alien rocks in the laboratory.

We can determine the age and the mineralogy and therefore derive information on the geology and evolution of the parent body. However, usually we do not know the geographic location and geological setting, and it is therefore crucial to find out from which site the meteorite was ejected to Earth.

Why craters are important

The only method to establish a time-constrained geological evolution on terrestrial planets is to determine the crater density on their surfaces. As higher the density is, the older the surface is. Calibrating these crater densities within an absolute time frame requires several steps, starting with a model for the moon where crater frequency can be related to absolute ages derived from lunar samples. This method is now calibrated for the Moon and another planetary body: Mars.

This brief summary of the finding and the implications may appear not very impressive, but it has caused heated discussions in the meteorite, planetary evolution and Mars chronologists’ communities: Supporting the idea of this group of meteorites (shergottites) being rather from the beginning of Mars history (4.1-4.3 billion years ago) then from more recent periods (600 million years or less) has its biggest opponents in the meteorite dating community.

It also implies that robotic missions and sample return are essential future exploration methods to learn about our neighboring planets, which are very similar to Earth but also very different in their individual evolution.

The evolution of the solar system, its planets and also the existence of life on Earth is often considered as solid text book facts, but actually we still need to test many fundamental ideas about the evolution of planets, including our own.

Our paper on ‘The Source Crater of Martian Shergottite Meteorites’ was published first online in Science Express (March 6, 2014) and then printed in Science (March 21, 2014).