Stalls and spurts on planet Earth

The continents that we live and work on are dynamic things, being both added to and destroyed through time by plate tectonics. But is this a continuous process? Or does the planet work in stalls and spurts? A new study out today in Scientific Reports led by researcher Mathew Domeier provides some fascinating clues! 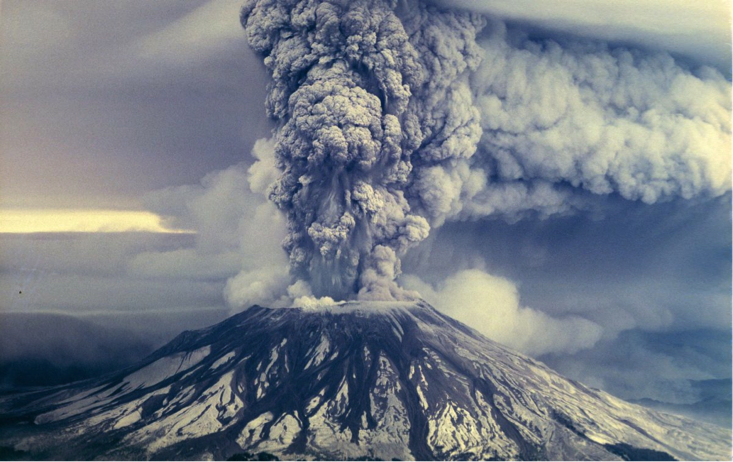 Earth is a tectonically active planet, undergoing constant change. Even the continents that we live and work on are dynamic features, being both added to and destroyed over time. These addition and subtraction processes happen mostly along subduction zones, where one tectonic plate (usually an oceanic plate) is pushed down beneath another, into the Earth’s mantle below. Small bits of continent can be taken down into the subduction zones, leading to a reduction in the volume of a continent, but also volcanoes above subduction zones produce new continental material – so there may be an overall balance, a kind of yin & yang between creation and destruction.

But a long lasting debate exists on whether this construction and destruction of continents has been episodic (non-uniform) through time. The record from a key mineral commonly used in determining the age of rocks, zircon, shows such episodicity, but the reasons for this are unclear.

A new study from CEED and Lancaster University researchers reveals that fluctuations in the number of zircons through time correlate with changes in the rates of subduction through time, suggesting that volcanism and continental construction may indeed be episodic processes.

One particularly curious observation made from these many measurements on rocks and minerals has been that some ages appear to be more frequent than others, or, in other words, it seems as if many rocks were produced at some times, and very few during others. What could this ‘episodic’ nature of rock and mineral ages mean? This question has kicked-off an important debate that still remains unsettled, but new work by CEED-based scientists provides some fascinating new insights…

Of the many materials that can be dated, one of the most common is the mineral zircon, which is a popular target because it is a very durable mineral (it can survive at Earth’s surface for billions of years) and because it is possible to date it very precisely. The record of zircon ages from across the world show clear ‘peaks’ and ‘troughs’, and remarkably, many of these peaks seem to correspond to periods in time when supercontinents were forming on Earth. This has led to a common assumption that the episodic nature of rock and mineral ages is somehow related to the formation and destruction of supercontinents. In particular, a popular model argues that the ‘peaks’ of rock and mineral ages are not really spikes in the rate of production of rocks and minerals, but rather a reflection of their greater likelihood of being preserved during those times. This is because supercontinents act to shield rocks and minerals from the destructive process of subduction, which recycles the surface record of rocks and minerals over time.

But there could be another explanation. Subduction isn’t a purely destructive process. Subduction zones are also associated with volcanoes, from which new rocks and minerals are generated. Looking at Earth today, large volcanoes can be found along most Pacific margins (the Pacific ‘ring of fire’), where subduction is occurring. It also turns out that most zircons are produced in subduction-related volcanoes. Recently, CEED researcher Mat Domeier and colleagues in the UK recognized that the global rate of subduction, as determined from plate tectonic models, seems to mirror the age fluctuations in zircon. This raised an intriguing question: could the episodic ages of the zircon record reflect real changes in subduction? Does more subduction = more volcanism = more zircons?

To dig deeper into this question, CEED researchers took a closer look at two continents (South America and Australia), to compare changes in the amount of subduction in the last 400 million years to zircon age fluctuations directly, on a regional scale. The results of their study, published in Scientific Reports, show that, on both continents, a significant relationship is observed between subduction rates and the frequency of zircon ages. This suggests that plate tectonics and the production of rocks and minerals may not really be continuous processes, uniform in time, but ones rather characterized by stalls and spurts.

This conclusion also has important implications for processes beyond just those involving rocks, because subduction and volcanism together regulate a lot of material exchanges between Earth’s mantle, ocean and atmosphere. So the release of CO2 by volcanoes, as an example, could have been much more variable in the past than what is typically assumed in long-term paleoclimate models.