In an exciting new paper out today, researchers looked to Earth's volcanoes in order to explain the formation of some lava-like flow morphologies on Mars. The mud flows on the red planet were simulated low-pressure chamber at cold temperatures, and may hold implications for other features found in the solar system! The paper, published in Nature Geoscience, was a collaborative study involving CEED Researcher Adriano Mazzini. 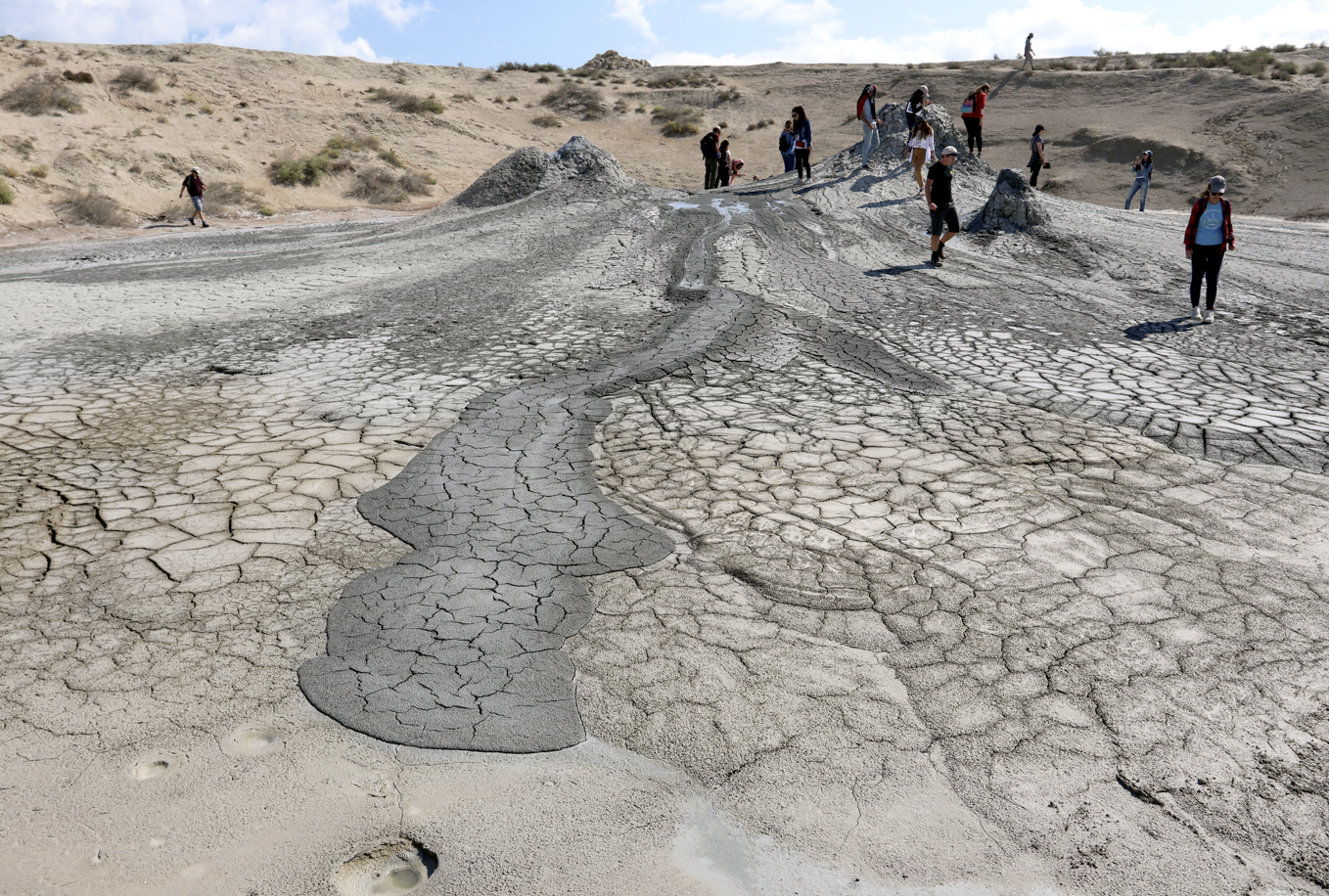 Exploration of Mars has revealed the presence of large outflow channels which have been interpreted as the products of catastrophic flood events during which a large quantity of water was released from the subsurface. The rapid burial of water-rich sediments following such flooding may have promoted an ideal setting to trigger sedimentary volcanism, in which mixtures of rock fragments and water erupt to the surface in the form of mud.

Tens of thousands of conical hills populate the northern lowlands and other places on Mars. The origin of these structures has been widely debated. It has been proposed by many that these cones may represent the surface expressions of such mud eruptions. However, it is difficult to determine whether these edifices are related to mud extrusions or not, partly because the behaviour of extruded mud under martian surface conditions was poorly constrained.

A European team of scientists decided to close this gap in our knowledge. They performed a set of experiments inside a low-pressure chamber during which a water-rich mud was poured over a cold sandy surface. The designed setup for the experiments aimed to partly mimic the hostile martian conditions revealing how the instability of water within the mud changes the  mud behaviour. They found that mud exposed to atmospheric pressure as low as that on Mars would propagate in a similar way to some lava flows on Hawaii or Iceland (the so-called pahoehoe flows).

“This is a very exciting and unexpected result. We have a tendency to expect that geological processes, like mud movement, would be operating elsewhere in the Solar system in a similar fashion as on Earth. This is based on our everyday experiences; however, our experiments clearly show that in reality, this simple process which we all know from our childhood would be very different on Mars.” said the research lead author Dr. Petr Brož from the Czech Academy of Sciences.

The observed phenomena are related to the fact that the martian atmosphere is very thin, actually it is ~150 times weaker than the atmosphere of Earth. And this has significant consequences. Under such surface pressure water is not stable and begins to boil and evaporate. The evaporation removes latent heat from the mud, eventually causing it to freeze.

“From Earth to Mars and beyond. Sedimentary volcanism is a spectacular surface phenomenon that never stops to surprise us. This work adds another piece to the puzzle.” added Dr. Adriano Mazzini from University of Oslo, a co-author of this study.

The team showed that the experimental mud flows propagate like terrestrial pahoehoe lava flows, with liquid mud spilling from ruptures in the frozen muddy crust, then refreezing to form a new flow lobe. This finding suggests that mud volcanism can indeed operate on the surface of Mars; however, martian mud volcanoes may be substantially different in shape from terrestrial ones. Therefore putative mud volcanoes on Mars may look very different from their terrestrial equivalent. This work has wider implications, since similar processes may apply to cryovolcanic extrusions on icy bodies in the Solar System.