The Sea of Galilee, a geological window opened on the seismically active Dead Sea Fault in NE Israel

An open-access paper entitled “Neotectonics of the Sea of Galilee (northeast Israel): implication for geodynamics and seismicity along the Dead Sea Fault system” was recently published in Scientific Reports. It includes results of a geological study carried out by an international team of scientists from Israel, Italy, Switzerland, Norway and Germany (Gasperini et al., 2020), including CEED's Adriano Mazzini. The paper deals with the problem of earthquake generation and tectonics in a key region along the Dead Sea Fault, a major continental transform separating the African/Sinai and Arabian plates. 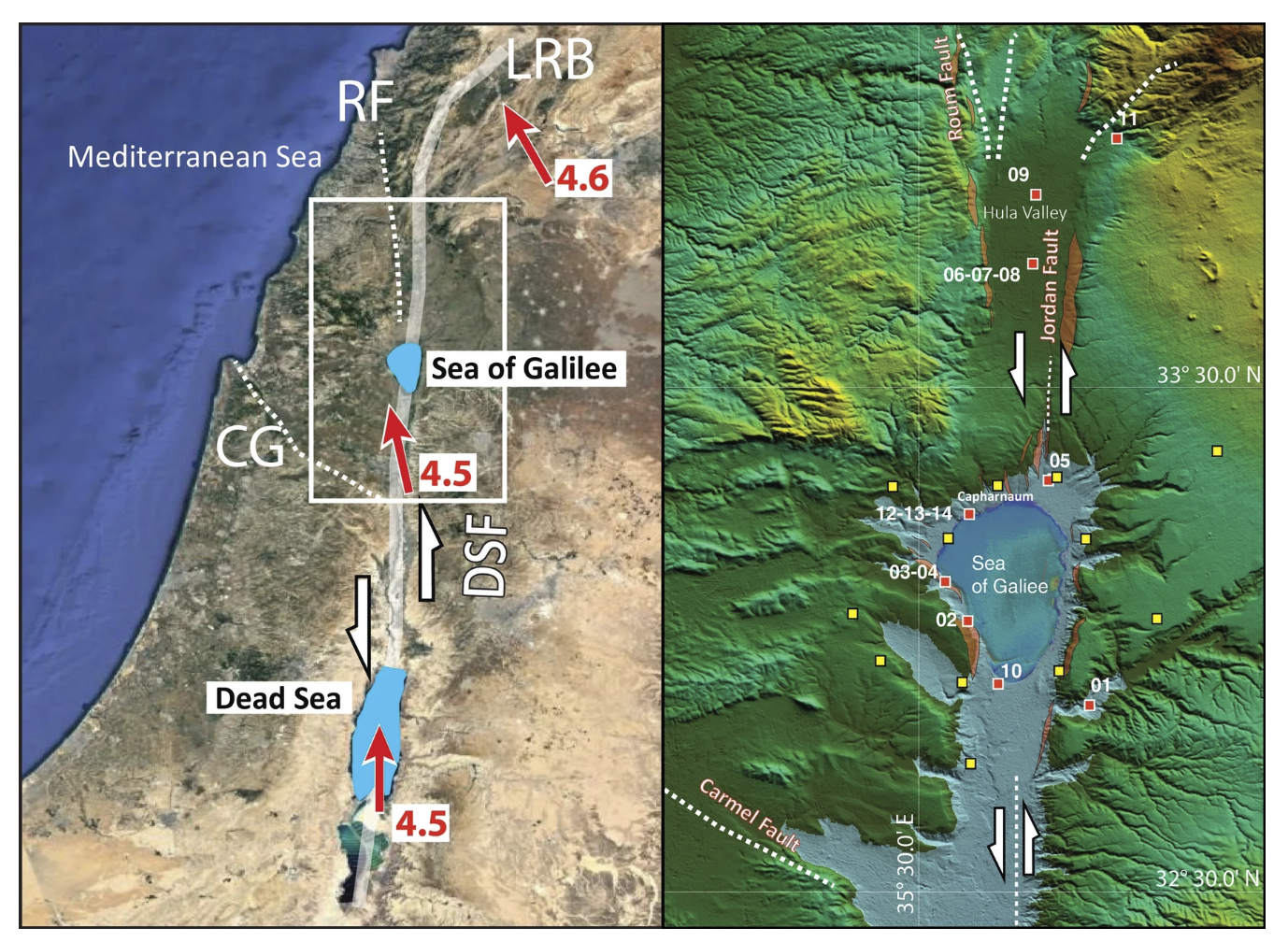 The Sea of Galilee (or Lake Kinneret) fills a depression located over 200 m below sea level and constitutes an interesting opportunity for imaging deep geological processes using marine geophysical instruments, which have been proven more effective relative to their equivalent on land.

The scientists investigated the Sea of Galilee and its surroundings using a novel and multidisciplinary approach, which included acoustic and seismic imaging at different resolutions, as well as geochemical and seismological analyses, in an attempt to unravel a major problem typical of areas affected by long and deep seated strike-slip faults, such as the San Andreas Fault in California and the North-Anatolian Fault in Turkey, i.e., the wide variability of temporal and spatial geological processes occurring in relatively focused areas.

The research team was “lucky”, because during the 2018 field campaign, a swarm of low magnitude earthquakes occurred in the study area, allowing for a “dynamic” characterization of what was previously seen as “static” geophysical images. The team took advantage of the fact that the area is well known, since it is an important historical site intensively studied using palaeo-seismological/archeo-seismological techniques. Final results published in the Scientific Reports article are significantly different from those obtained to date, and sheds light not only on the evolution of this important regional boundary, but more in general, on the understanding of the seismological behaviour of similar tectonic domains in the world, typically prone to high seismic hazards.