NASA’s TESS mission has found two rocky worlds orbiting the relatively bright, red dwarf star HD 260655, only 33 light-years away. The new planets, HD 260655 b and HD 260655 c, are among the closest-known rocky planets yet found outside our solar system that astronomers can observe crossing the faces of their stars. 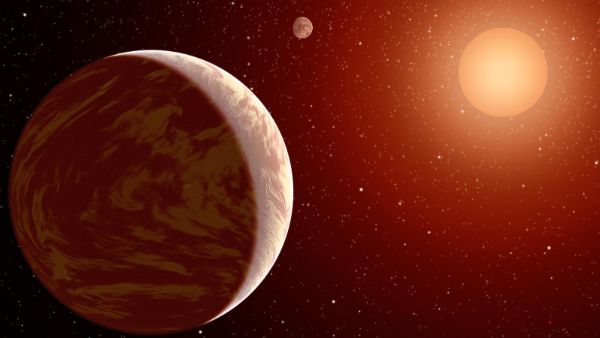 Using NASA’s orbiting planet hunter, the Transiting Exoplanet Survey Satellite (TESS), scientists discovered sibling planets in Earth’s size-range that are prime candidates for atmospheric investigation. The discovery comes at an ideal moment: The giant James Webb Space Telescope, soon to deliver its first science images, can examine the atmospheres of exoplanets – planets beyond our solar system – to search for water, carbon molecules and other components. Learning more about the atmospheres of rocky planets will help scientists understand the formation and development of worlds like our own.

An international team of astronomers led by Rafael Luque (Institute of Astrophysics of Andalucia, Spain anf University of Chicago, USA), used TESS data to make the discovery and was recently accepted in Astronomy & Astrophysics (pre-print here 2204.10261.pdf (arxiv.org)). The team includes Yutong Shan, a postdoctoral researcher at CEED, University of Oslo. Both planets are “super-Earths” – terrestrial worlds like ours, only bigger. Planet b is about 1.2 times as big around as Earth, planet c 1.5 times. In this case, however, neither world is likely to support life. The temperature on planet b, nearest to the star, is estimated at 816 degrees Fahrenheit (435 Celsius), planet c 543 Fahrenheit (284 Celsius), though actual temperature depends on the presence and nature of possible atmospheres.

Video: Depiction of the radial velocity method used in this paper. Due to their relative sizes and masses relative to their orbiting planets, such M dwarfs systems are easily detectable by transit and radial velocity techniques. (Credit: Luque et a. 2022; NASA/JPL-Caltech)

Still, the science team that discovered the planets says they are well worth further investigation. At 33 light-years, they are relatively close to us, and their star, though smaller than ours, is among the brightest in its class. These and other factors raise the likelihood that the Webb telescope, and perhaps even the Hubble Space Telescope, could capture data from the star’s light shining through these planets’ atmospheres. Such light can be spread into a spectrum, revealing the fingerprints of molecules within the atmosphere itself.

Both planets rate in the top 10 candidates for atmospheric characterization among all terrestrial exoplanets so far discovered, the team says. That places them in the same category as one of the most famous planetary systems: the seven roughly Earth-sized planets around a star called TRAPPIST-1. These and several other rocky exoplanets are already on the list of observation targets for the Webb telescope.

The jury is out on whether either newly discovered planet possesses an atmosphere, and if so, what it’s made of. But the science team’s analysis already has produced some intriguing clues. TESS finds exoplanets by watching for “transits” – the tiny drop in starlight when a planet passes in front of its star – which can reveal the planet’s diameter. But the scientists also used data from ground-based telescopes to confirm the existence of the two new planets. These telescopes measured the “wobble” of the star, caused by the gravitational tugs from orbiting planets, which yields the planets’ mass. Combine these measurements, and you can determine the density of the planets – in this case confirming they are rocky worlds. The measurements also suggest that if the planets do have atmospheres, they are not extended, hydrogen atmospheres.