Successful DEEP networking along the western coast of Norway

The 2nd DEEP general assembly took place in March 2018 on Hurtigruten travelling up the coast of Norway from Bergen to Trondheim. This was an excellent arena for the 50 participants to meet and discuss cutting-edge research ideas and methods on the field of dynamics and evolution of the earth and planets. 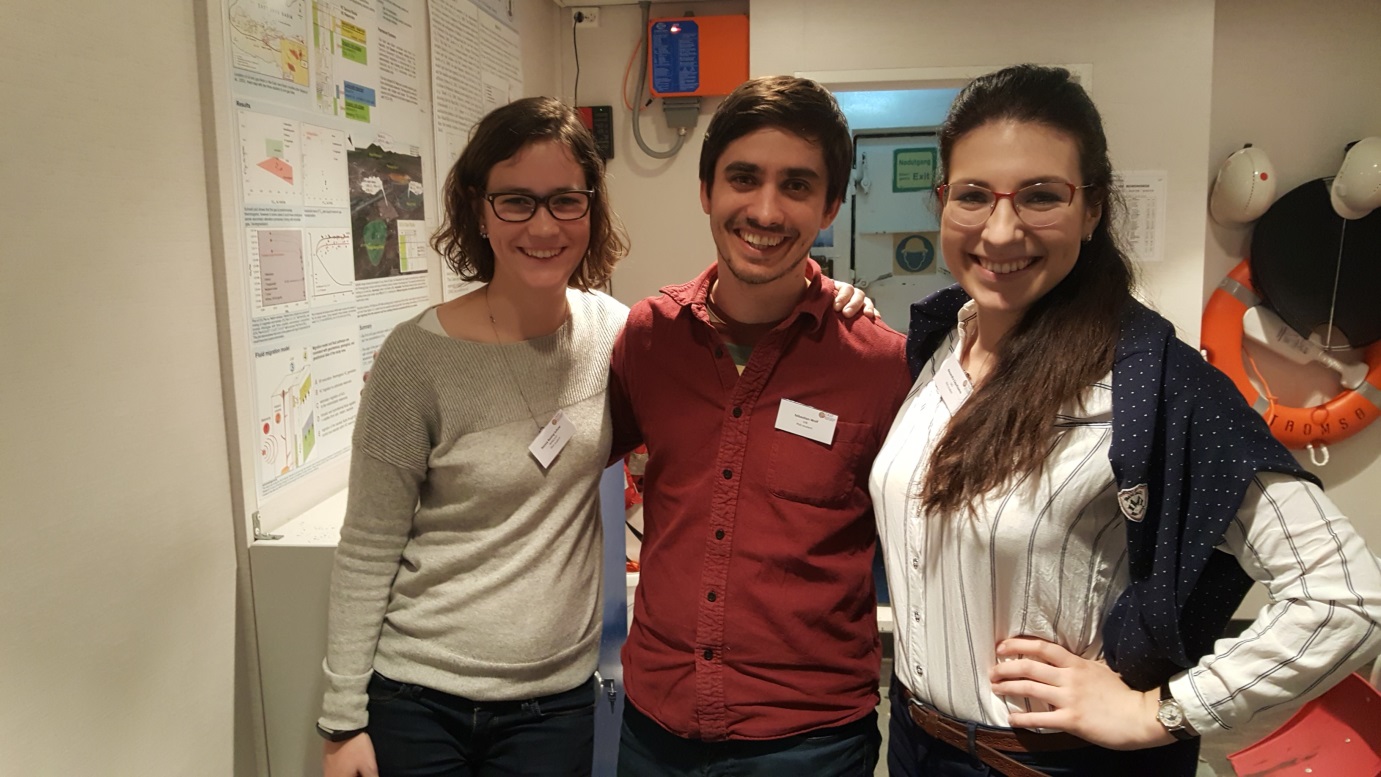 The general assembly with a new twist

Before boarding Hurtigruten, the PhD students started the general assembly by organising their very own PhD day.The meeting started with gathering the students at the Department of Earth Sciences at University of Bergen, who had invited researcher Mathew Stiller-Reeve from Uni Research to give a workshop on scholarly writing. Stiller-Reeve aimed at providing the students with useful writing tools, practical exercises and new perspectives on their writing process. As one of the student commented on the relevance of the workshop in the evaluation:

“It helped to make me think more about the quality of my writing and communication.”

The following activity with outdoor team-building activity came as a surprise to some of the PhD students. However, after 80 minutes of outdoor group competition activities one could only see pink cheeks and smiles on the students’ faces when returning to announce the winning team.

Excellent arena for scientific networking and exchange of on-going research

Onboard on MS Nordnorge and with irreproachable weather conditions, we at times forgot we were actually cruising along the western coast of Norway while taking part in the engaging scientific meeting. Eight PhD students and four key-note speakers held inspirational talks, followed by questions from the audience leading to interesting discussions.

The four key-note speakers Maxim Ballmer from ETH Zürich, John Brodholt from University College London, Sanne Cottaar from University of Cambridge and Vera Schlindwein from Alfred-Wegener-Institut were invited to the general Assembly to inspire the PhD students and supervisors giving talks about their current research.

Not only did the DEEP general assembly provide an excellent platform for scientific research exchange in the field of dynamics and evolution of the earth and planets, but it was additionally an outstanding possibility for members from national partner instiutions as well as representatives from national and international collaborators to connect and interact. As stated by one of the participants:

I think general assembly is a great opportunity to gain new knowledge in the "DEEP" field, as well as keep a track what your colleagues (other DEEP members) have achieved.

Reaching out with research findings and ideas

The PhD students contributed with presenting posters of their current research projects at the assembly. As a part of the research training they were given general feedback and advice on what to keep in mind when creating and presenting research on posters by an evaluating committee consisting of the four key-note speakers. The students Florian Millet (UiB), Anette Utgården Granseth (NTNU) and Ole Rabbel (UiO) won the prizes of respectively 5000, 3000 and 2000 NOK for the best poster presentations.

The next General Assembly

The DEEP board and administration is already planning to have the next General Assembly in March 2019.

All students replying on the assembly evaluation were satisfied with this year's PhD day. In other words, the PhD day-concept has come to stay and will be a part of the next year's programme as well. As one of the students replied when asked to mentioned successful parts of the PhD day:

"The array of activities, a good balance of help with projects/writing with fun team building activities. Nice way to start the conference and get to know other."

The exact venue and time of the next general Assembly in 2019 are soon to be announced.

Norwegian Research School for Dynamics and Evolution of Earth and Planets (DEEP) is a national initiative and involves all major national institutes educating PhD students within the fields of dynamics and evolution of the earth and planets.

The school is managed by the Centre for Earth Evolution and Dynamics (CEED), a CEO hosted by Dept. of Geosciences, UiO.