New Frontiers in Palaeogeography and Biogeography

Abstracts for oral or poster presentations are welcome. Abstracts should be approximately 500 words and include a title, authors and their affiliations. Please send you abstract as word document to Georgina Worrall by September 1st 2018. More information here 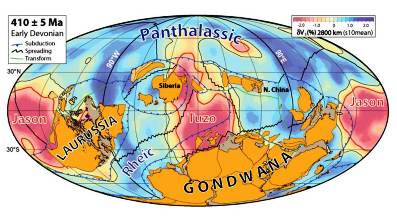 The general acceptance of plate tectonics in the 1960s was the  ulmination of passionate debates among Earth scientists about Wegener’s continental drift hypothesis over a century ago, and which led to a mobilistic theory for the dynamic evolution of the Earth’s surface. Plate tectonics was originally developed only for the ‘young’ Earth (Cretaceous to Recent), but a key paper by Wilson in 1966 on the existence of a proto-Atlantic Ocean paved the way for efforts to untangle the past location of continents in pre-Mesozoic times.

Palaeographic maps set the context for many aspects of Earth history, including biogeography, palaeoclimates, and the tectonic evolution of our home planet. The construction of such maps is best achieved through the integration of data from many sources, such as hotspots (since the Cretaceous), palaeomagnetism (including ocean-floor magnetic anomalies since the Jurassic), and the analysis of faunal distributions and biogeography (notably the identification of faunal and floral provinces), in addition to the character of the rocks themselves.