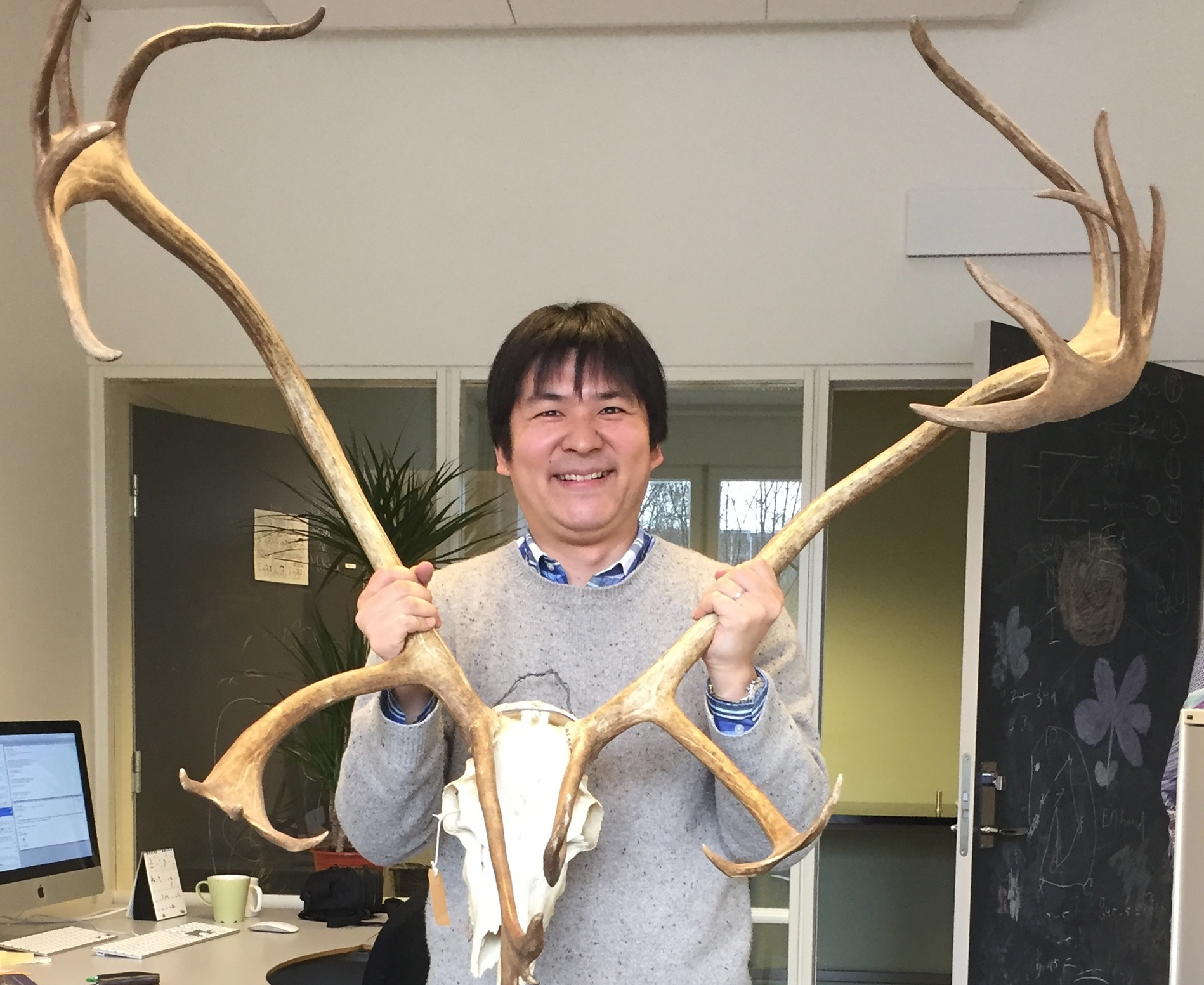 I joined a macroevolution group at the CEES on February 2016. My two main projects here are 1) allometry of cervid antler size and 2) phylogenetic comparative study of evolvability.

I have a background in phylogenetic comparative study of brain size evolution in two families of teleost fish; Lake Tanganyika cichlids and seahorses/pipefishes. This work, mainly focused on macroevolutionary (i.e. between species) patterns in tempo and mode of evolution, made me wonder how variations at microevolutionary (within species or population) levels scale up to the macroevolutionary patterns I studied. My goal at the CEES is to gain empirical insights in the connection between micro- and macroevolution through two above-mentioned projects.