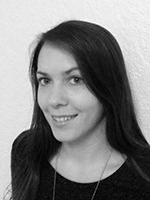 My research interests are centered on population ecology, in particular the effect of environmental variability, climate and fishing on commercially important fish stocks within the North Atlantic, such as Barents Sea cod. I completed my PhD in 2015 at the University of Bergen, where my research focused on the behavior, ecology, and evolution of Barents Sea cod, as well as 19 other cod stocks that span the North Atlantic. I developed mechanistic modeling tools using Matlab to predict the effect of temperature on their behavior, ecology and population dynamics. I subsequently spent one year as a postdoctoral fellow at Griffith University, where I developed statistical models to study the resilience of freshwater fish communities.

In started work at CEES on 31 st October 2016 as a postdoctoral research fellow, working on the Codina (Cod Diet and food web Dynamics) research project. This project is a collaboration between CEES (Joël Durant and Geir Ottersen), IMR, CEFAS, the University of Sheffield, and PINRO.

CoDINA aims to increase the understanding of pelagic food web dynamics in sub-Arctic ecosystems. This we will do by studying the interaction between Barents Sea cod and its prey. We will examine the mechanisms generating predator-prey interactions to gain a deeper understanding of trophic connections in the Barents Sea. We are interested in how these may change within the annual cycle, between years and spatially as a consequence of dynamics internal to a single population or between populations and how the functionality is influenced by external pressures like climate and Fishing.