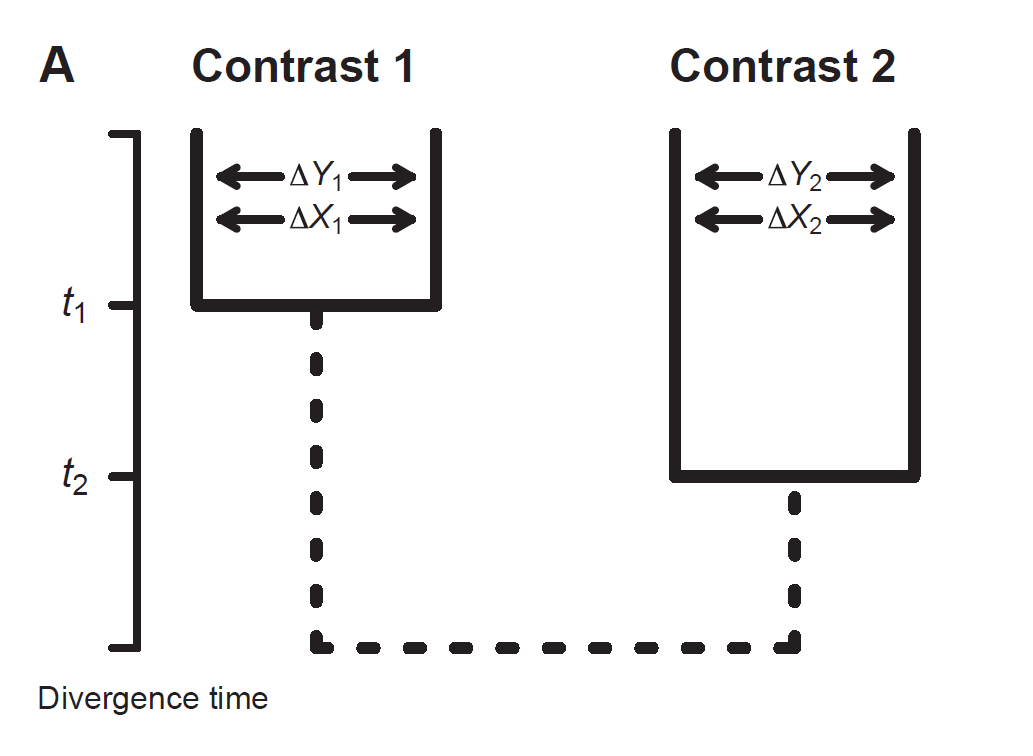 For traits showing correlated evolution, one trait may evolve more slowly than the other, producing evolutionary lag. The species-pairs evolutionary lag test (SPELT) uses an independent contrasts based approach to detect evolutionary lag on a phylogeny. We investigated the statistical performance of SPELT in relation to degree of lag, sample size (species pairs), and strength of association between traits. We simulated trait evolution under two models: one in which trait X changes during speciation and the lagging trait Y catches up as a function of time since speciation; and another in which trait X evolves in a random walk and the lagging trait Y is a function of X at a previous time period. Type I error rates under “no lag” were close to the expected level of 5%, indicating that the method is not prone to false-positives. Simulation results suggest that reasonable statistical power (80%) is reached with around 140 species pairs, although the degree of lag and trait associations had additional influences on power. We applied the method to two datasets and discuss how estimation of a branch length scaling parameter (κ) can be used with SPELT to detect lag.