Late Lunch Talk: When the cat goes away - a paleogenetics perspective into past distributions and patterns of dispersal of Felis silvestris by Claudio Ottoni, CEES 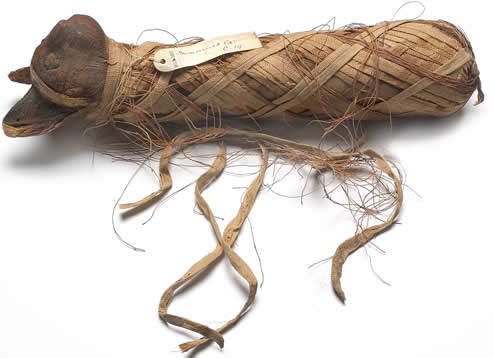 The cat has long been important to human societies as a pest-control agent, object of symbolic value, and companion animal, but little is known about its domestication process and early anthropogenic dispersal. Archaeological evidence for domestication centers in the Near East and in Egypt is contested, and genetic data on modern cats show that Felis silvestris lybica, the subspecies of wild cat inhabiting at present the Near East and Northern Africa, is the only ancestor of the domestic cat.

In our study we provide the first broad geographic and chronological dataset of ancient cat mtDNA sequences, drawing on archaeological specimens from across western Eurasia and northern and eastern Africa, dating from throughout the Holocene and spanning ~9,000 years. We characterized the ancient phylogeography of F. s. lybica, demonstrating that maternal lineages from both the Near East and Egypt contributed to the gene pool of the domestic cat at different historical times, with the Near Eastern population providing the first major contribution during the Neolithic and the Egyptian cat spreading across the Old World during the Classical period.

Lastly, by analyzing a SNP in the nuclear Taqpep gene, we also showed that the recessive allele associated with the blotched-tabby coat pattern in domestic cats appeared recently in the history of cat domestication, probably not earlier than Medieval times.