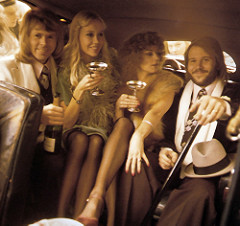 The ABBA-BABBA test: What is it good for? by Albína Hulda Pálsdóttir, CEES

The D-statistic or the “ABBA–BABA test” is used to test the extent of ancient admixture. The method was first used to detect signs of inbreeding between Neanderthals and modern humans (Green et al., 2010; Patterson et al., 2012) but has since been used on various species such as horses (e.g. Gaunitz et al., 2018; Orlando et al., 2013) and heliconous butterflies (e.g. Martin, Davey, & Jiggins, 2015; The Heliconius Genome Consortium et al., 2012). This presentation will discuss some of the assumptions behind the test, its potential and a few examples of how it has been used.