Late Lunch Talks: Individuality and convergence of the human infant GI microbiota during the first year of life 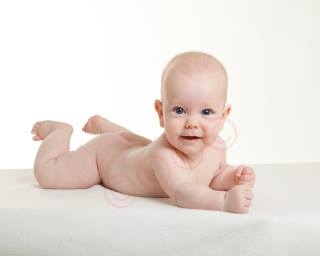 The colonization of the human infant gastrointestinal (GI) tract by bacteria and archaea has been the focus of a number of studies due to the increasing realization of the importance of the microbiota in human health. Humans are born with a sterile GI tract and colonization starts during the birthing process. Several studies have found that during the first two to three years of life the gut microbial community is maturing towards a more adult like community structure. However, we still do not have a clear understanding of what constitutes a ‘normal’ colonization pattern. We sampled faecal specimens from 12 healthy infants, on a near-daily basis, for one year starting from birth. >2700 samples were subjected to deep 16S rRNA amplicon sequencing, providing a picture of the GI microbiota maturation process at unprecedented resolution. With the exception of a pair of twins, the developmental patterns were highly individual and non-linear, although all the kids showed qualitative similarities. We also found a period of accelerated convergence around two to four months of age, where all the individuals started to resemble one another more, before resuming their individual trajectories.