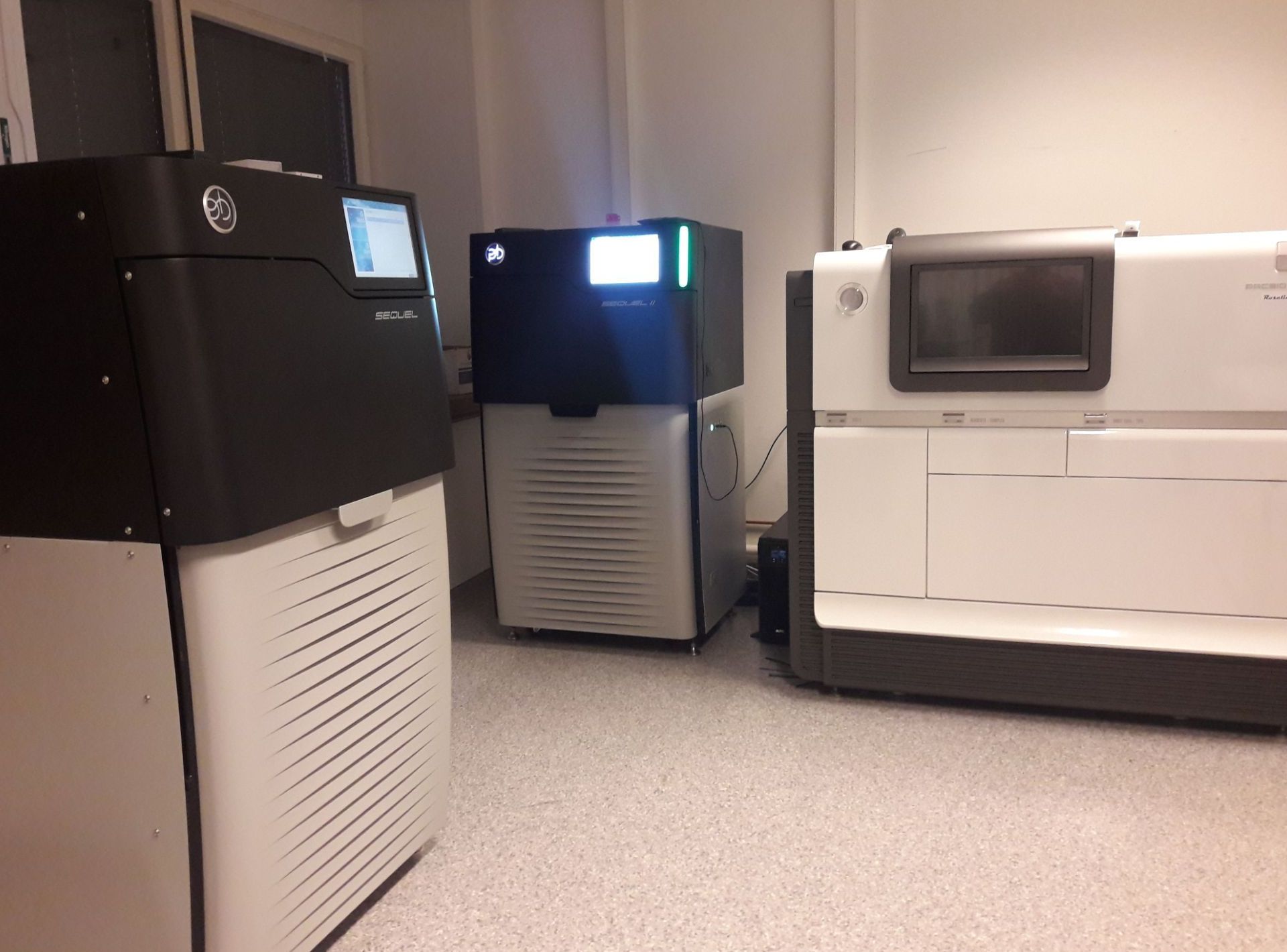 PacBio instruments in the NSC lab

Short read sequencing has emerged as a standard tool in genomic research. Even though short read technologies have inherent limitations long read single molecule sequencing can resolve, PacBio’s long read sequencing is often not considered due to higher price. However, last year, PacBio released Sequel II instrument which brings the price down to around 230 NOK per Gb data (for genomic DNA).

CEES node of Norwegian Sequencing Centre has been offering PacBio sequencing since 2012 and has now purchased Sequel II, we are ready to offer you cheaper long read sequencing. Because, as PacBio tells you on the homepage: whether you are performing targeted or whole genome sequencing, studying complex populations, or honing in on isoforms or epigenetic modifications, you can elevate your research and gain a competitive edge with SMRT Sequencing! Here, I will give you an overview of different applications supported by PacBio sequencing.