The Science of Fiction: Ex Machina

Welcome to the viewing of the award-winning movie Ex Machina and a talk about how this film continues a long tradition of thematic fears and anxieties regarding female robots and how it is connected to older religious myths. This is the first event in the series “Science of Fiction”, don’t miss it! 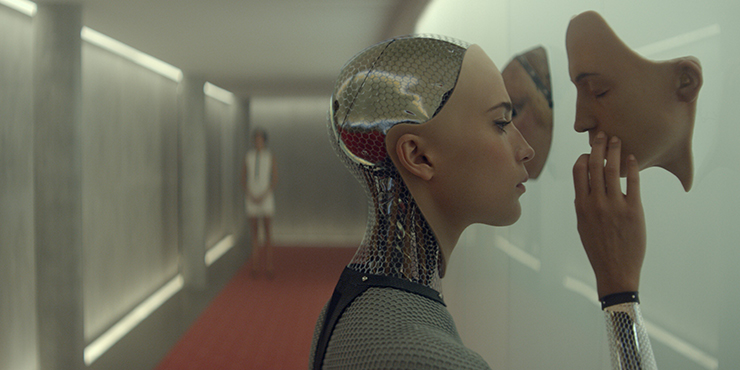 The Science of Fiction is a newly started concept made in collaboration between Cinemateket and the University of Oslo. Through talks and discussions the audience is given a scientific and philosophical connection to the film of the evening.

The audience at the first event by The Science of Fiction will first be given a talk by Professor Charles Ess from the University of Oslo and then shown the award-winning movie Ex Machina, which continues a long tradition of thematic fears and anxieties regarding the female robots, as begun in Fritz Lang’s Metropolis (1927), and later in the Stark Trek universe, among others.

In his talk, Professor Ess will be reviewing some additional examples of this tradition, primarily from the Star Trek universe. In addition, he will illustrate how these examples conjoin the Romantic critique of technology in Mary Shelley's Frankenstein with still older religious myths that demonize women, body, and sexuality.  So it seems that we still conceive of our most advanced creations within ancient - and profoundly questionable - frameworks. The lecture will be held in English.

At the University of Oslo, Charles Ess research, publish and teach at the intersections of philosophy, computational technologies, applied ethics, comparative philosophy and religion, and media studies, with particular focus on research ethics, digital religion, and virtue ethics in media and communication, specifically social robots. He has shown great interest in the themes in Ex Machina, which is shown in his recent publication What’s Love Got to Do with It? Robots, sexuality, and the arts of being human.

Science of Fiction is part of Cinemateket, and open for all.

University of Oslo and Cinemateket
E-mail this page