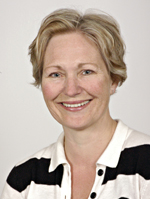 The research area is pharmacokinetics with special focus on processes involved in determining bioavailability, distribution and elimination of drugs. A main area is optimisation of drug therapy based on interindividual variability in cytochrome P450-mediated drug metabolism and drug transport, which appears to be of major importance for variability in drug response between individuals. Several projects are related to drug metabolism and transport studies and drug interaction studies, both in vitro in human liver cells and microsomes and by in vitro-in vivo extrapolations.