UiO The Faculty of Mathematics and Natural Sciences Department of Pharmacy
Main navigation
Back to uio.no
Sub navigation Menu
Research > Research groups > PharmaSafe > News > 2016 > How does it matter what kind of medications the father-to-be takes? 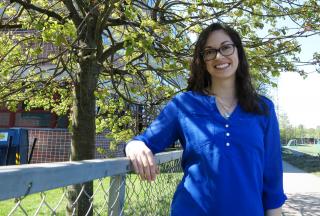 It is well established that various medications can influence fetal development and health. However, most researchers only look at the mothers and their medications. Jacqueline Cohen, however, focuses on the father's medications. At first glance, this approach does not seem to make a lot of sense since these can hardly have any biological effect on the developing fetus.

But IF you were to find a connection between medications taken by the father and fetal development, this would suggest that there are OTHER underlying causes and factors involved. In this case, the results might exonerate the mother's medication.

Read the whole story and more in-depth information on titan.no