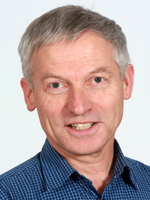 I am very interested in the description of light in physics, in particular, and electromagnetic waves in general. Especially I am concerned about the wave-particle duality and the quantum description, which I think has treated some experimental systems too superficial so far. Thus, it might be more details obtainable than hitherto have been studied. It has been too little focus on time dependence and the detailed processes involved in measurements. This may be tied to the general problems regarding interpretations of quantum physics (collapse of wave functions, realism, Bell's inequality etc). The theme is tightly connected to the philosophy of science.

1974-1986 the research was in magnetic resonance spectroscopy, especially use of spin label molecules in order to measure slow molecular motion e.g. in biological membranes. I also developed new experimental and analytical methods.

Since 2006 I have been involved in establishing a quantum optics laboratory at the Department of Physics, University of Oslo. Fields of interest are given above.

In 1996 I was the head of the organizing committee for The 27th International Physics Olympiad in Oslo with participants from 55 countries.

Establish for the time being useful relations to other research groups in Norway and abroad, groups that are interested in similar scientific problems as we are.