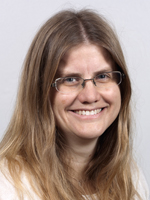 My main research motivation is to search for the answer to the questions: What does the Universe look like beyond the Standard Model, What is Dark Matter, What is the origin of the matter-antimatter asymmetry and What happened at the birth of the Universe and how did it evolve?

I am interested in particle physics, astroparticle fysikk and detector development to research data from ongoing experiments like the ATLAS detector (Dark Matter, Supersymmetry) at CERN and to build novel detectors and experiments like the Cherenkov Telescope Array and the upgrade of ATLAS for HL-LHC (silicon detector research) which may enable us to understand more in the future. I am also involved in an experiment which aims to measure the fall of antimatter in the gravitational field of Earth at the AEGIS experiment at CERN.

2017 - : Board member of the Norwegian Research School for Nanotechnology for Microsystems, University of Oslo

2012 - : CTA collaboration board member, University of Bergen and Oslo

2010 - 2015: ATLAS ID and AFP collaboration board member, University of Bergen

The ATLAS collaboration at the Large Hadron Collider at CERN

The AEGIS collaboration at the Antimatter Decelerator at CERN