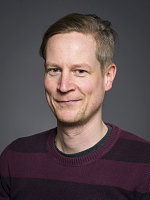 I am working on several aspects of the multi-scale interaction between the magnetosphere and the ionosphere. In particular, I am studying large-scale field-aligned currents and their impact on medium and small-scale ionospheric structuring.

I am involved in the operation of the m-NLP instrument on board the Norwegian NorSat-1 satellite which is providing unprecedented data on small-scale ionospheric structures related to GNSS scintillations.