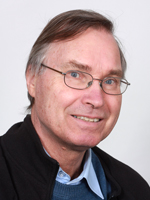 General relativity, gravitation and cosmology with main contributions in the fields of inflationary cosmology, dark energy, relativistic models of systems of finite extension, repulsive gravitation and Kaluza-klein theory. During the last ten years I have also worked on an investigation of electromagnetic fields of acclerated charges together with professor emeritus Erik Eriksen, which have resulted in five long research articles, more than 200 pages, in Annals of Physics. Since the autumn 2003 I have participated in a research project on dark engergy which has received support from The Norwegian Research Council.

FYS4160 The general theory of relativity