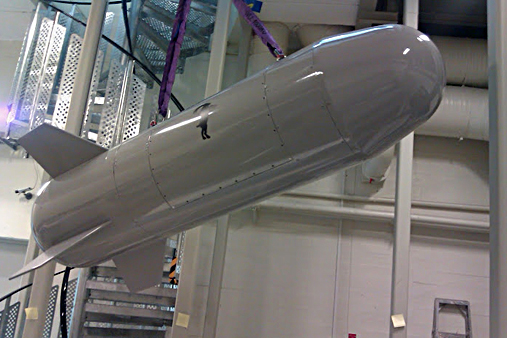 Negotiating Verification agreements is a hurdle in front of the total elimination of nuclear weapons. Finding a common ground between all parties involved in the dismantlement verification process requires complex negotiations methods and techniques. If scientific and technical expertise is well-informed and educated on negotiations skills, methods, positions and techniques, this will lead to a much healthier environment for future arms control and disarmament agreements. The induction of negotiations educational module in any future verification degrees or courses is a must as a catalyst for confidence building measures and mutual trust.

Disarmament education and the University of Oslo

In parallel with the UK-Norway Initiative, the University of Oslo has taken an initiative to start a scholarship program on disarmament verification. The program addresses young scientists in developing countries and encourages their involvement in disarmament related issues, such as verification, fissile material disposition and elimination and proliferation-resistant technologies and materials. The program has so far involved 7 scientists from various countries, such as Pakistan, Azerbaijan, Ghana, Egypt and China, in addition to disarmament simulation exercises in 2011, and two planned for 2012.

The program takes the conclusions from the United Nations Study on Disarmament and Nonproliferation Education from 2002 as its starting point. The study emphasized on education as a vital but underutilized tool for peace and disarmament and identifies "a pressing need to expand and improve disarmament and non-proliferation education and training in order to promote disarmament and non-proliferation and to strengthen international security and enhance sustainable economic and social development.[i] The UN Study acknowledges that ‘a primary tool for fostering a culture of peace is the promotion of educational curricula on peaceful conflict-resolution, dialogue, consensus-building and active non-violence’.It aims to deepen understanding of the factors that foster and undermine peace, to encourage attitudes and actions that promote peace and to provide the relevant information and knowledge on armaments to enable well informed decisions

One of the main lessons learned from the UK/ Norway initiative is the human factor which is crucial for a successful collaboration in any disarmament verification collaboration and exercises. As the conclusion of VERTIC’s report on past, present and future of verification of warhead dismantlement came out with a very significant conclusion “Away from the nuts and bolts of verification, the human factor remains a largely unexplored aspect of arms control monitoring. Trust and confidence between an inspector and an inspected party is vitally important if a verification exercise is to be a success. Education surely will contribute in resolving this issue from one hand when inspectors are well educated and have their presence in the verification process based on knowledge, surely this will increase inspector’s confidence and presence in the verification process. Research colloquium and disarmament verification degree will augment more research and discussions on this issue.

It has been resolved from past arms control and disarmament experiences that the scientific and technical expertise are sometimes the answer for multifaceted and complicated issues. It took more than four decades until the Comprehensive Nuclear Test Ban Treaty (CTBT) was concluded in 1996. Scientific experts contributed significantly to the success of the negotiations. There was a parallel development of the global verification system and the political conditions for the CTBT. It is very remarkable that there were phases when the political process was in a deadlock and, nevertheless, scientific activities were carried on even with a political mandate. For some years, scientific activities kept up the momentum and prepared the grounds for political progress. This was clearly the case with the Geneva Group of Experts (1958-1960) as well as with the Group of Scientific Experts (since 1976) which formed the main basis for continuity for almost two decades until the CTBT negotiations started in 1993.[ii] Finding an educational environment for further disarmament verification research and critical thinking will pave the way for future skilled expertise in this field, those who can start cultivating confidence and future understanding in political decision making quarters.

Specific other areas that are identified as needing further work include refinement of radiation detection inspection methods for better warhead type-class differentiation while still protecting sensitive design information. Further refinement of radiation-based template matching methods is required. Independent validation and protection of reference radiation signature template data is a pivotal problem that demands further study and assessment. Moreover, probably the best, though not the least expensive approach to monitored dismantlement in any of the nuclear weapons states is to build (or have been built by international organization) a special dismantlement facility that is acceptable to other NWS and other parties involved in the verification process[iii], this concept did not gain the appropriate research and development efforts so far, yet.

The overall objective for the educational program at the University of Oslo is then, based on the international recommendations and the lessons learned from the UK-Norway program, to assess the effort using scientific principles, promote further publication and research into related topics, and an increased pool of specialists in NNWS to engage actively in nuclear disarmament considerations nationally and internationally. The objective is also to foster a network of institutions in this area as the field of study is multi-disciplinary, at the same time as it require various specialists in chemistry, physics and information technology.

The Norwegian Ministry of Foreign Affairs is kindly acknowledged for financing this project.