On December 19th, 2019, we invite everyone who is interested to a final seminar at the University of Oslo. 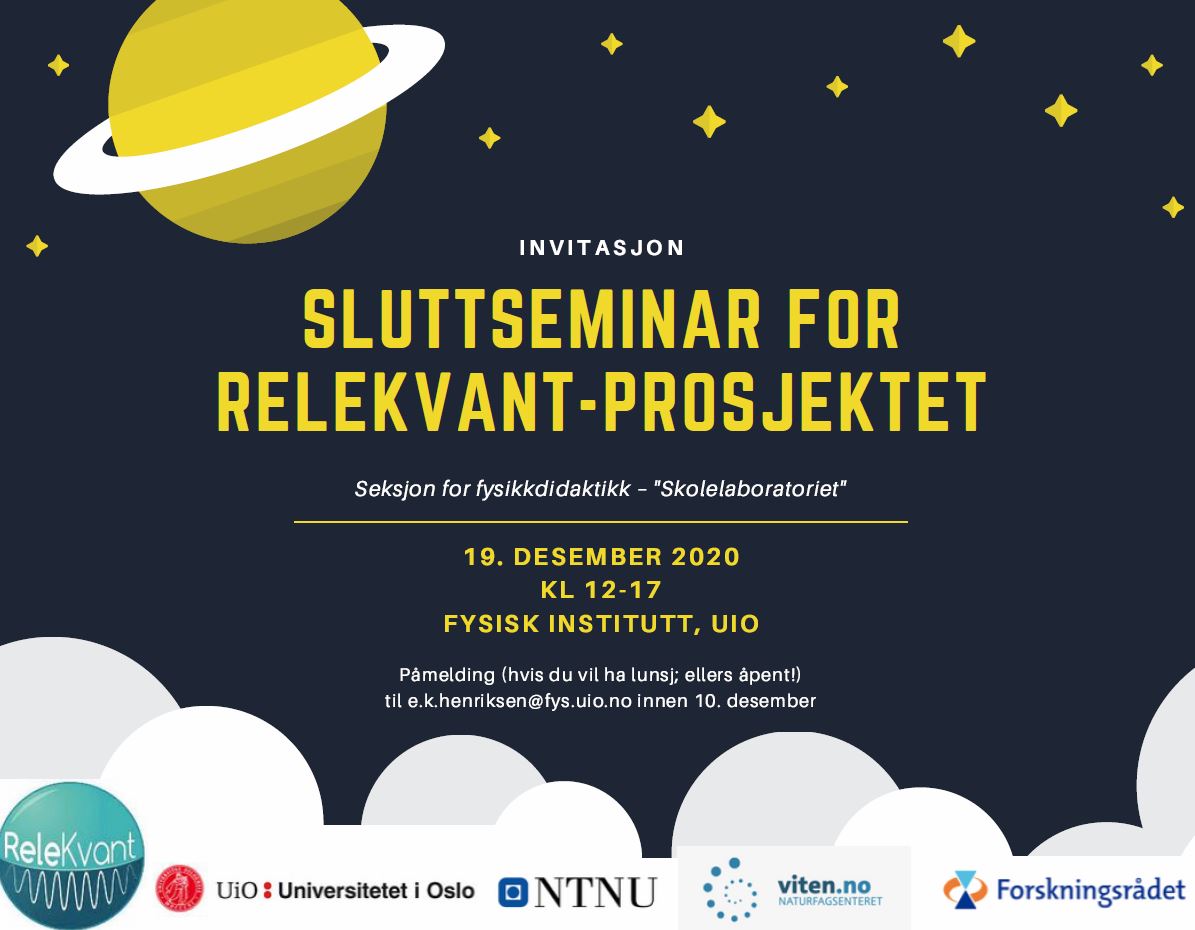 ReleQuant on the international arena in the summer of 2017

ReleQuant has during the summer of 2017 been presented at Science on Stage in Hungary, at the Girep conference in Dublin, and at the ESERA Conference, also in Dublin. The two latter occations provided opportunities for reuniuons with friends and collaborators from the Perth (Australia) workshop, see below.  Here is an article from the Girep Conference about our collaboration within "Einsteinian physics".

The photo shows the ReleQuant delegation to the ESERA conference at Dublin City University.

ReleQuant in international workshop in Australia

In November-December 2016, eight ReleQuant delegates, including two physics teacher students and one experienced physics teacher, attended an International Workshop on the Teaching and Learning of Einsteinian Physics in the Era of Gravitational Astronomy at the Gravity Discovery Centre outside Perth, Western Australia. Here, the ReleQuant team formed a number of international contacts, resulting in an article, proposals for Research symposia at the GIREP and ESERA conferences, and plans for further Research Collaboration.

In October 2016, the Quantum physics programme was officially launced at the annual Conference of the Norwegian Centre for Science Education

In March 2015 the project was awarded a grant from the Norwegian Research Coluncil for the project "ReleQuant Competence: Engaging researchers, teachers and teacher students in research-based development of learning resources in physics"

In January 2015 the project was awarded a grant from Olav Thon Foundation for inviting physics teacher students to participate as research assistants in the project.

ReleQuant has had a number of progress seminars where researchers, teachers and teacher students have discussed the project and the resources under Development.