On the Results page, under Daily overview, you will find plots like this one: 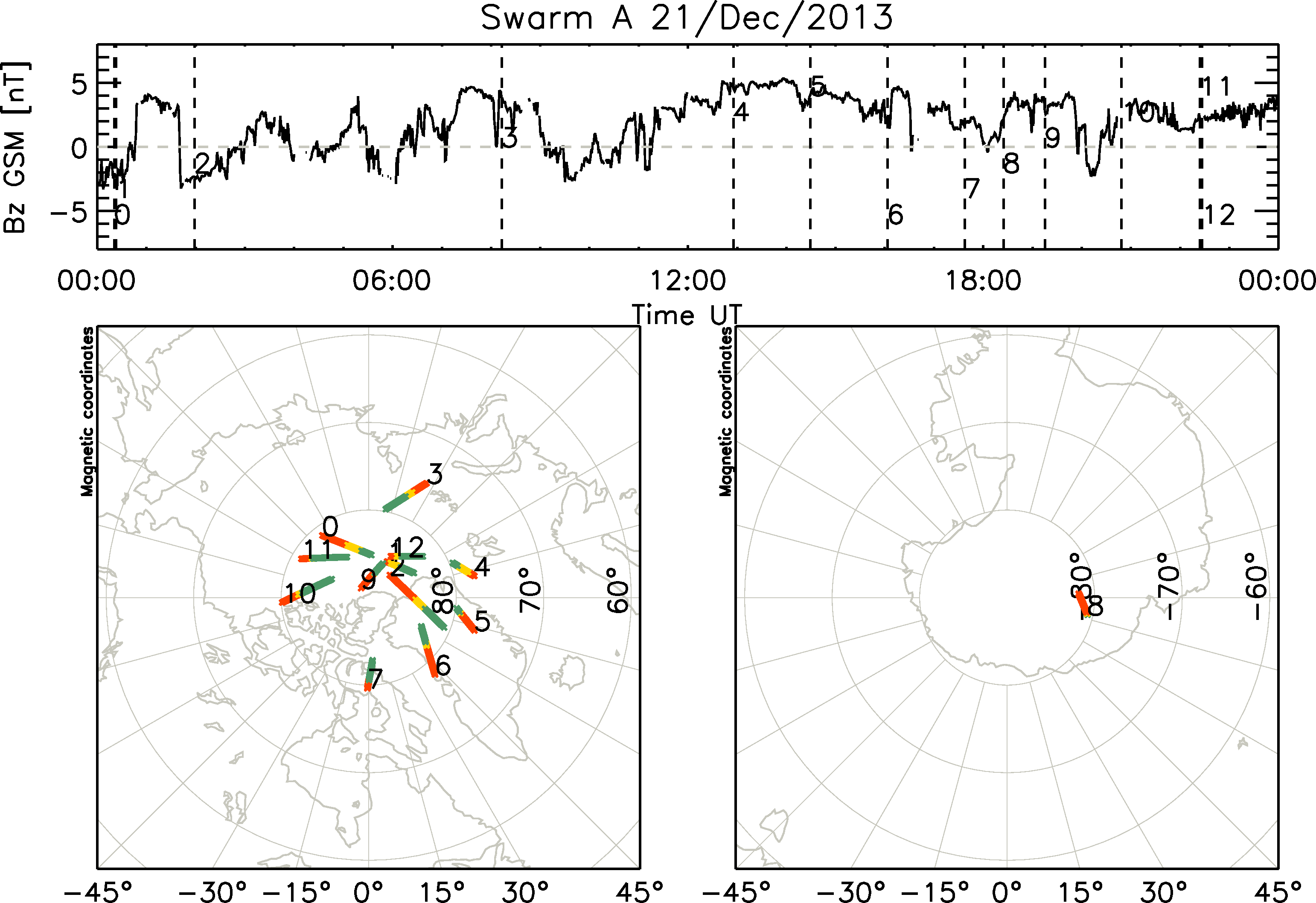 It shows the location of all polar cap patches identified on a given day in magnetic latitude/longitude coordinates. The top panel shows the Bz component of the interplanetary magnetic field (IMF), as determined by the OMNI service. Vertical dashed lines mark the times when polar cap patches were encountered; the encounters are numbered in order to match locations on the maps in the lower panels with IMF conditions. On the maps, the polar cap patches are colored: the leading edge (plasma density gradient anti-parallel to the background ion velocity) is colored green, the patch proper is colored yellow, and the trailing edge (plasma density gradient parallel to the background ion velocity) is colored red.

On the Results page, under Polar passes, you will find plots like this one:

The main panels show, from top to bottom:

The example, then, shows a noon-midnight pass of the Swarm A satellite across the northern polar cap. It crossed into the polar cap (above 77 degree magnetic latitude) around 00:19 UT and out of the polar cap just after 00:25 UT. Between 00:20 and 00:24 UT the satellite encountered two plasma density increases at least a factor of two above the background (cyan solid line in the third panel); these increases are identified as polar cap patches.

The second to last panel shows that, assuming linear theory, the growth time of the gradient-drift instability was of the order of a few tens of seconds.