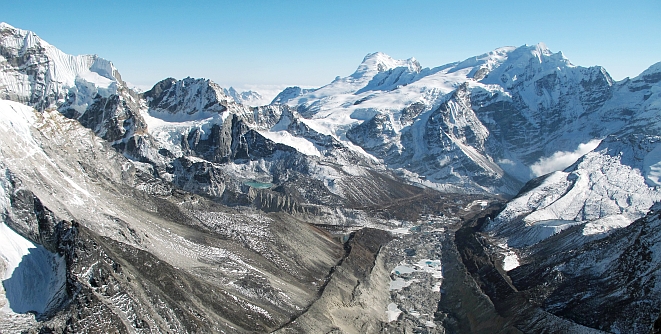 Satellite data from IceSat (NASA) provide new knowledge about the glaciers of the world's highest mountains. Findings in a paper published in Nature shows that Himalayan glaciers does not melt faster than other ice glaciers.