UiO The Faculty of Mathematics and Natural Sciences Department of Geosciences
Main navigation
Back to uio.no
Sub navigation Menu
Research > Research projects from A to Z > NUFU - Water Sciences > News > Hydrological analysis and modelling of water resources under changing climate in Southern Africa

Cosmo Socrates Ngongondo at the Department of Geosciences, University of Oslo, Norway defended his dissertation for the degree of Ph.D. Tuesday 19 June 2012: Hydrological analysis and modelling of water resources under changing climate in Southern Africa 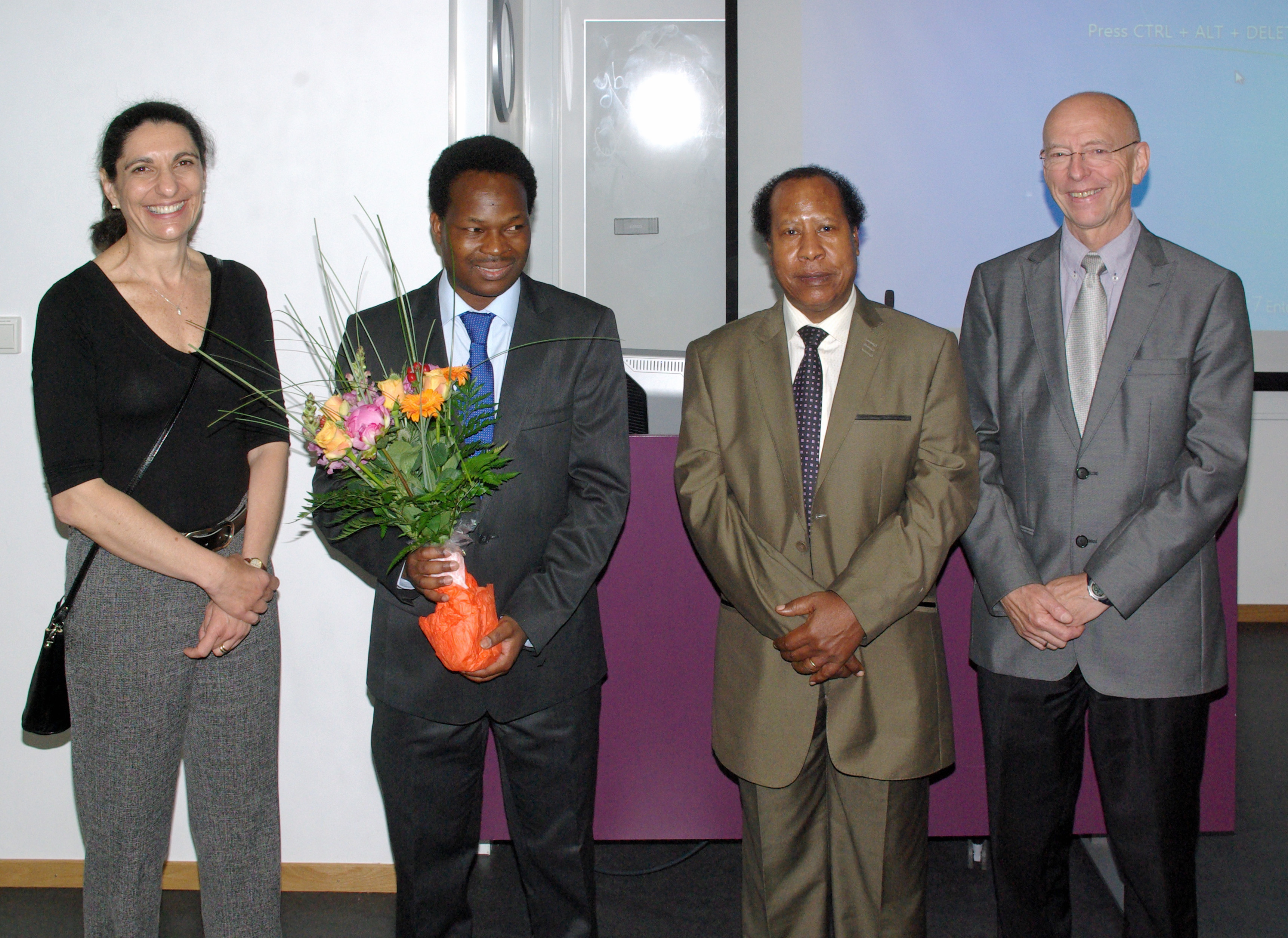 This PhD study revealed that rainfall in Malawi varies considerably at very low spatial scales. Such variation patterns are typical of tropical areas with strong topographic influence in the climate. The low spatial scale variations were further demonstrated by rainfall extremes (i.e. 1-day, 3-day, 5-day and 7-day annual maxima (AMS1,-3,-5 and -7) in southern Malawi during 1978-2008 where three rainfall regions were identified. The study also found predominantly negative trends in rainfall (1961-2007) and in rainfall, actual evapotranspiration and runoff (1971-2001) over Malawi. These trends were however not statistically significant although there was a considerable increase in the inter-annual variability of rainfall. In contrast, temperature and potential evapotranspiration showed statistically significant positive trends (1971-2001).

In southern Africa, decreasing rainfall and runoff patterns also dominated and this was consistent with the findings in Malawi. The study further projected an increase in the magnitudes and frequency of future floods under climate change emission scenarios A2 and B1 of the Intergovernmental Panel on Climate Change (IPCC) in the Kafue River basin in the region during 2021-2050 and 2071-2100. The study results therefore suggest that Malawi and southern Africa are becoming more water limited due to the decrease in rainfall which has significant implications in the management of water resources under changing climate.