UiO The Faculty of Mathematics and Natural Sciences Department of Geosciences
Main navigation
Back to uio.no
Sub navigation Menu
Research > Research projects from A to Z > NUFU - Water Sciences > Outcome 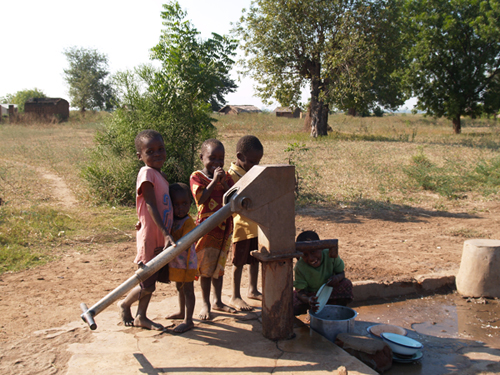 Groundwater shows a high salinity in many regions of the lower Shire in Malawi and at some sites water can only be used for washing (photo Rolf D. Vogt, UiO).