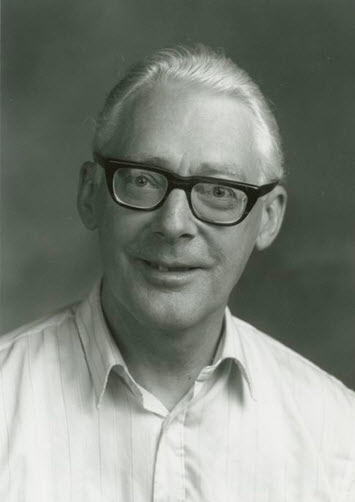 Professor Ole-Johan Dahl was a Norwegian computer scientist and is considered to be the father of Simula and object-oriented programming, together with Kristen Nygaard.

Dahl is a member of the small group of scientists who will be regarded as founders of their own field of science. His field was informatics and he won the two most prestigious international prizes specific to that field: The ACM A.M. Turing Award (considered to be the "Nobel Prize of Computing"), in 2001 and the IEEE John von Neumann Medal. He was made Commander of The Order of Saint Olav by the King of Norway in 2000, and received a number of other signs of recognition.

With Kristen Nygaard, he produced the initial ideas for object-oriented (OO) programming in the 1960s at the Norwegian Computing Center (NR - Norsk Regnesentral) as part of the Simula I (1961-1965) and Simula 67 (1965-1968) simulation programming languages

Dahl and Nygaard were the first to develop the concepts of class, subclass (allowing information hiding), inheritance, dynamic object creation, etc., all important aspects of the OO paradigm. Their work has led to a fundamental change in how software systems are designed and programmed, resulting in reusable, reliable, scalable applications that have streamlined the process of writing software code and facilitated software programming. Current object-oriented programming languages include C++ and Java, both widely used in programming a wide range of applications from large-scale distributed systems to small, personal applications, including personal computers, home entertainment devices, and stand-alone arcade applications.

Dahl became a full professor in 1968 at the University of Oslo, creating the discipline of computer science here. He was the first professor of informatics, responsible for establishing research and education programs in this rapidly expanding field. Here he worked on Hierarchical Program Structures, probably his most influential publication, which appeared co-authored with C.A.R. Hoare in the influential book Structured Programming of 1972 by Dahl, Dijkstra and Hoare, perhaps the best-known academic book concerning software in the 1970s.

In his University career, Dahl focused on the use of formal methods, to rigorously reason about programs. Unlike many theoretical computer scientists at the time, his work had a solid motivation in practical applicability and implementation experience. With Owe, who became his closest collaborator, he investigated languages, specification, verification and related tool development, in the long term ABEL project, and in the development of formal methods for object-orientation. His research is today represented and continued by the PMA research group.