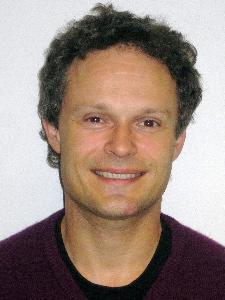 I am a professor of computer science affiliated with the Biomedical Informatics Research Group (BMI) at the Department of Informatics (IFI) at University of Oslo (UiO). I am also head of the Biostatistics and Bioinformatics group in the KG Jebsen Centre for Breast Cancer Research, head of Bioinformatics in the MetAction project, senior investigator in the Centre for Cancer Biomedicine (a Norwegian Centre of Excellence), and affiliated with CELS (Centre for Computational Inference in Evolutionary Life Science, UiO).

Mathematical and statistical modeling is the natural language to use for making precise statements about associations and structures in biology, and indeed such models form the backbone of countless analysis methods and bioinformatics tools. Equally important, however, modeling may be used highly interactively to explore properties of biological systems and to confront hypotheses with reality (through simulations). I find both these perspectives very fruitful in my own work. While some applications inevitably require sophisticated models and computational schemes, it is surprising and comforting to see that even the simplest models (if rightly chosen) can be very powerful in terms of revealing key properties of extremely complex systems. The recent explosion in massively parallel observations obtained with microarrays, high-throughput sequencing and other technologies, constitute a serious challenge in many applications. Lack of computational power and data storage are serious problems in this context, but equally important is the need for more research to understand the theoretical limitations on what can be learned from studies involving thousands or even millions of parallel observations on a few hundred or a few thousand individuals.

From a biological point of view, I have a particular interest in the various manifestations and implications of molecular evolution. The tremendous success of introducing concepts such as cancer 'driver' and 'passenger' genes, and more lately notions such as cancer life histories and archaeology of cancer illustrates the power of alluding to evolutionary concepts. Still, evolution is a very elusive concept, even if it is well understood from a mathematical perspective. As Stephen Wolfram has pointed out, very simple programs (such as those written in the DNA) often result in very complex behavior (i.e. phenotype). So even though biological processes adhere to evolutionary principles and the latter are reasonably well understood, we may not be able to predict what comes out of an evolutionary process any more than we are able to predict the weather beyond a few weeks. There are definitely certain regularities in evolutionary processes, however; in a study of 2000 breast carcinomas (the METABRIC cohort) Curtis et al (2012) found 10 distinct classes of tumors each being characterized by a unique set of genes driving cancer development. Also in other types of cancer one typically finds a small number of distinct subgroups, indicating that nature (and evolution) is not behaving completely at random but following certains paths (often with many detours, though).

From a methodological point of view, I have a particular interest in large-scale inference on the basis of thousands or even millions of parallel data sets that may come from a single or several different measurement sources (the latter case often being referred to in the genomics literature as 'integrative analysis'). Apart from the more obvious problems arising in such settings (such as the need to adjust for multiple comparisons), the deeper challenges concerns how to take advantage of the parallelity of the data (e.g. through empirical Bayes approaches) and developing means to impose biologically reasonable (and justifiable) constraints on the models in order to ensure uniqueness and stability of estimates. Answering such questions requires deep knowledge of statistics as well as biology and is a truly interdisciplinary task.

Over the last five years I have also been heavily involved in several genomics integration projects, including for example:

I am/has been involved in supervision of the following PhD students:

I am/has been involved in supervision of the following master students: